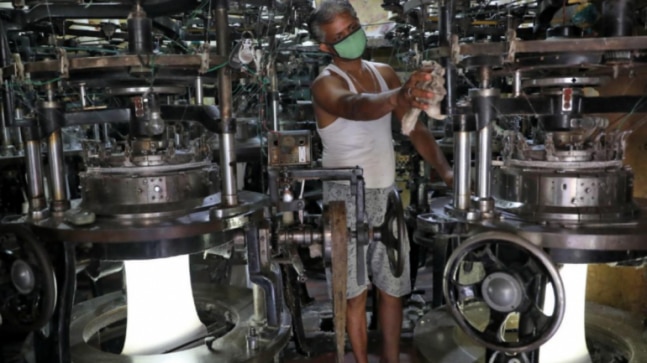 Employment numbers saw a marked improvement in the week ended June 21 but the primary reason behind it can be attributed to rising rural jobs, said Centre for Monitoring India Economy (CMIE) CEO and MD Mahesh Vyas.

In an exclusive interview to India Today TV, Vyas noted that while rural employment has seen improvement, the rising job figures in urban India is only due to more people taking up low-paying jobs in the wake of the economic crisis.

“The unemployment situation in April and May was so bad that it could not have gotten any worse. That is partly a reason why the unemployment figures are coming down now,” he added.

Vyas goes on to say that the stress caused by the prolonged lockdown had a major impact on many households in the country and many individuals are now desperate for jobs, even if they do not pay as much.

Vyas, however, seemed optimistic about the rural areas. He said MGNREGA has played a major role in reviving rural employment in the country and that employment figures under the scheme in May was much higher than ever seen in the past.

“This certainly would have played a role in improving the employment rate in the country,” Vyas said.

“There are other factors as well like the sowing of crops has been much better this year in rural India. We have seen nearly 30 per cent increase in sowing this year in comparison to the previous year. So things are working quite well for rural India.”

In contrast to rural India’s 7.26 per cent, the latest urban employment figure at 11.2 per cent is way behind.

“Small traders, hawkers, daily wage earners are the people who have come back. They are the ones who could quickly get out and get into the labour market,” Vyas said.

“It is unlikely that the organised sector has opened up much although there is news that some sectors have opened up, but there are constraints; many of them are still not working with even 50% of the workforce.”

Vyas said several organised sectors like travel and tourism will take a while to recover from the present situation and jobs lost will take much longer to come back.

“What is going to come back soon are the jobs at the lower level, but if anyone who has lost a job in the organised sector, be it travel, tourism, food sector, the likelihood of these jobs coming back soon is unlikely,” Vyas said.

ALSO READ | No foreign training of bureaucrats during this financial year due to coronavirus pandemic: Govt