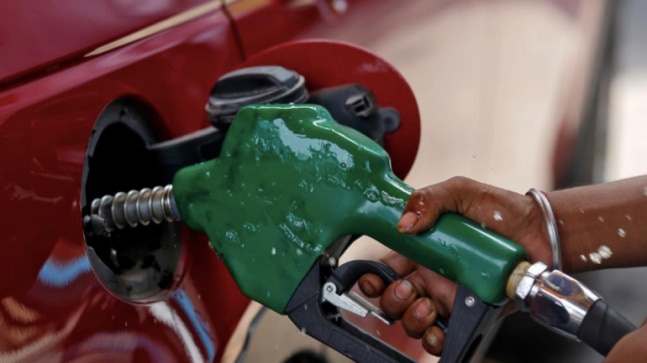 Fuel prices were on Thursday hiked for the 19th straight day as part of daily revision by oil marketing companies (OMCs).

In Delhi, the price of a litre of diesel has now crossed Rs 80 after it surpassed petrol rate in the national capital on Wednesday. Petrol is retailing at Rs 79.92 per litre in Delhi.

While diesel rates across the country been hiked by 14 paise today, there has been a 16 paise increase in the cost of petrol. It may be noted that daily petrol and diesel hikes are not as sharp as last week.

Even then, the cumulative rise of over Rs 8 per litre for petrol and Rs 10 per litre for diesel has become a matter of concern for people, especially during the ongoing economic crisis, triggered by coronavirus pandemic.

Several cities in Madhya Pradesh are currently paying the highest rate for both petrol and diesel.

In Rajasthan, too, some cities are paying exorbitant rates for petrol and diesel. In Jaipur, a litre of petrol in Jaipur will cost citizens Rs 87.42 per litre while diesel rate has gone up to Rs 81.18.

Meanwhile, the fuel rates are swelling in all other metro cities as well. In Mumbai, a litre of petrol is retailing at Rs 86.70 while diesel costs Rs 78.34.

Chennai, Bengaluru, Kolkata, are some other major cities that are paying over Rs 80 for petrol and also paying a comparatively higher price for diesel.

This daily rise in fuel price has become a concern for many citizens, especially diesel users.

Many people in India are currently worried about the rising price of diesel. It may be noted that diesel has always been cheaper than petrol in India due to international standards.

This is not good news for farmers, transport operators and large industries — all of them depend on the cheap fuel for daily activities.

Price of diesel has also been capped in India to reduce the burden on farmers, transport fleet operators and others.

However, the disproportionate and sharp increase in VAT in Delhi and some other areas has sent diesel prices soaring.

While this could help the government earn additional revenue during the economic crisis, experts said that such a move could create additional pressure on a wide range of activities.

Not just people but opposition parties are now protesting against the daily increase in fuel prices starting June 7.

WATCH | Amid boycott calls, imports from China held up at ports since June 22