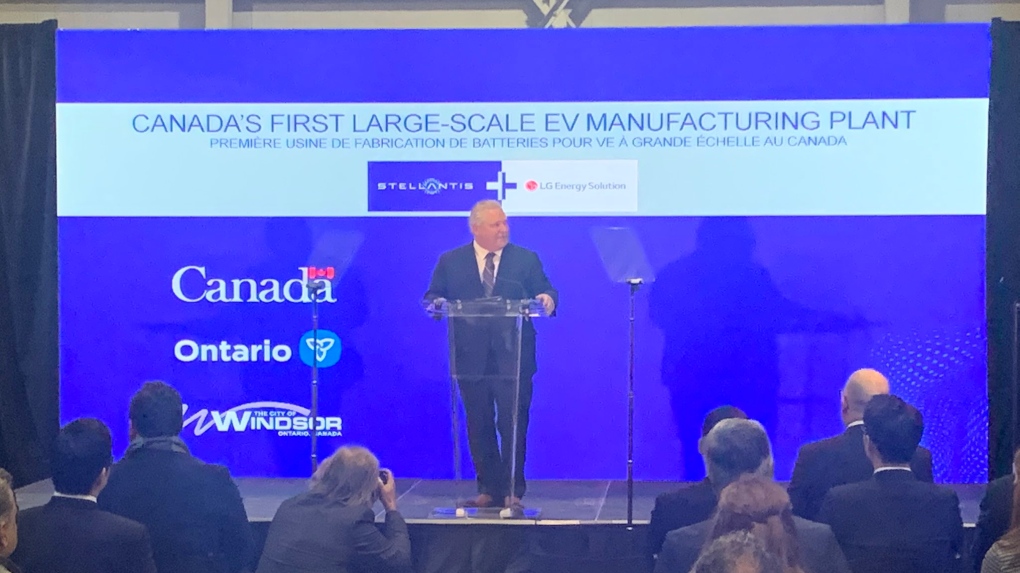 Windsor will be home to the first electric vehicle battery manufacturing operation in Canada, the nearly $5-billion joint venture is expected to create an estimated 2,500 jobs for the area.

A number of politicians and business leaders were in Windsor for the big announcement Wednesday that Stellantis and LG Energy Solution have executed “binding, definitive agreements” to establish an electric vehicle battery plant which will produce lithium-ion battery cells and modules in the region.

The batteries will initially supply all of Stellantis’ North American electric vehicles.

“The cars of the future will be built in Ontario from start to finish,” Premier Doug Ford said.

Stellantis and LG Energy expect the plant will serve as a catalyst for the creation of a strong battery supply chain in the region.

“It’s one of these things that every community would like to get. Today, we bagged a unicorn,” Dilkens said.

The plant aims to have an annual production capacity of more than 35 gigawatt hours and will create an estimated 2,500 new jobs for the Windsor-Essex region.

But it’s the accompanying supply chain that is expected to put tens of thousands more to work.

“We’re the only place in the Western Hemisphere that has everything you need, not only to build an EV battery, but to build electric vehicles. The complete supply chain, the full ecosystem. That’s what makes it so historic,” Fedeli said.

Invest Windsor-Essex and governments of all levels have been working together to secure this bid for more than a year.

Proximity to market, resources and vehicle assembly were major factors, but according to Invest Windsor-Essex president and CEO, “in my heart and in my gut, when we clearly demonstrated the talent supply, that was the clincher.” 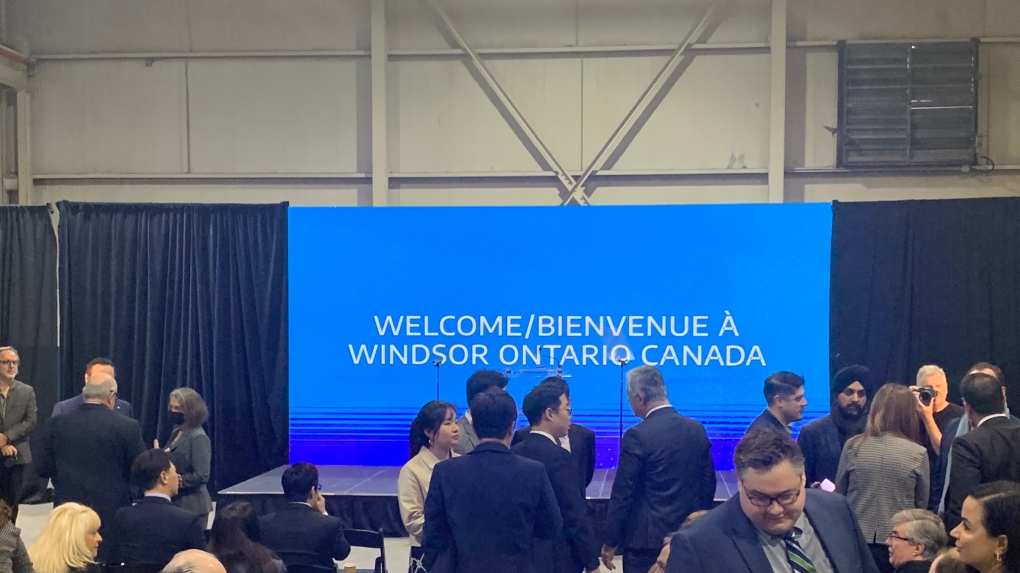 Landing the battery plant is a key pillar in the city’s ‘Windsor Works’ strategy and Dilkens says it’s also the most important one to diversify the city’s economy.

“This is not some small pivot,” he said. “This is a transformational change in the way the auto sector is moving, and all the supply chain that comes with a plant like this is massive.”

While officials won’t comment on how much money each government partner is investing, they have said it’s the largest auto investment in Canada’s history.

Construction to transform the 220 acre greenfield at the corner of Banwell Road and E.C. Row into a 4.5 million square foot EV battery plant is expected to begin this spring with production operations planned to launch in the first quarter of 2024. The facility will be fully operational by 2025.