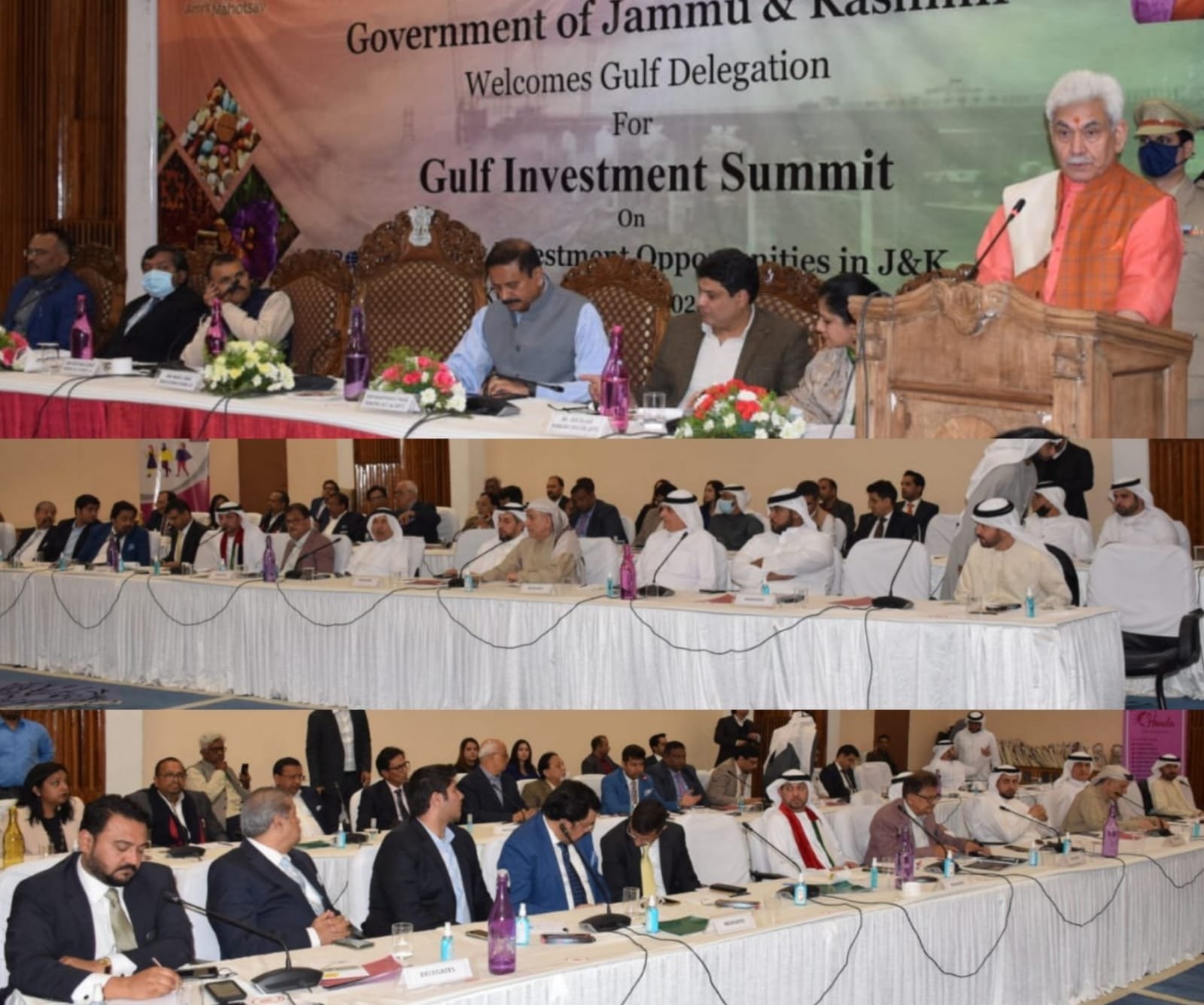 In the Union Territory of Jammu and Kashmir, a 36-member delegation from the Gulf countries is presently in Srinagar to strengthen ties and look at the investment opportunities in the region.

Lieutenant Governor Manoj Sinha addressed the Gulf Countries Investment Summit in Srinagar today and highlighted the scope to make the paradise on earth as the most beautiful investment destination in the world.

Earlier, the Lieutenant Governor hosted a dinner for the entrepreneurs and CEOs from Gulf countries yesterday who are on a four-day visit to Jammu and Kashmir to explore business opportunities in the union territory.

As part of the four-day programme, Sinha along with the Principal Secretary Industries and Commerce and other government officials will be showcasing investment opportunities with a focus on entrepreneurship, tourism and the hospitality sector. The delegation will also meet the top officials of the Jammu and Kashmir government and the visit signifies the successful socio-economic transformation of Kashmir under the leadership of Prime Minister Narendra Modi. AIR Correspondent reports that a 36-member business delegation from gulf countries yesterday visited Pahalgam in south Kashmir and in the next few days it is expected that they would also be visiting other tourist destinations of Kashmir Including ski resort Gulmarg in north Kashmir to explore the investment opportunities in the tourism and hospitality sector.

Today a business event was also organised at Sher-e-Kashmir International Convention Centre (SKICC) in Srinagar . Lieutenant Governor Manoj Sinha present on the occasion said that ever since his Dubai Expo visit to Dubai in January this year, many foreign companies from UAE have announced long-term plans for Jammu and Kashmir and maintained that his administration is ready to take the relationship to a qualitatively new level and strengthen the economic partnership.

The visit of the delegation is a follow-up to the Dubai-Expo which was held in January this year in which Lieutenant Governor Manoj Sinha had signed at least six MoUs in potential sectors like Real Estate, Infrastructure, Tourism and Healthcare to generate investments for the Industrial growth of Jammu and Kashmir.

The proactive approach taken by the J&K government in the recent months in attracting the investors in the Union Territory is a testimony of the fact that J&K has ushered on the path of development and in coming years, will be the dawn of a new era for the Union Territory of Jammu and Kashmir.