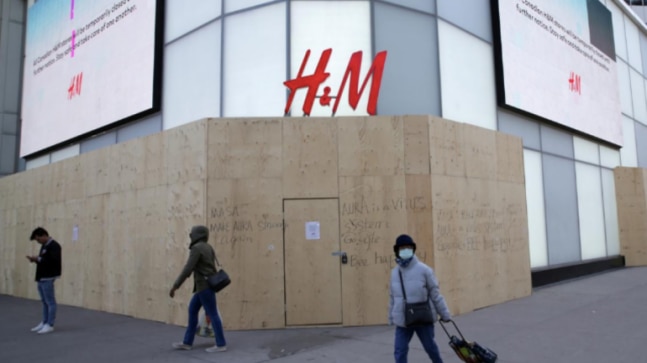 H&M, the world’s second-biggest fashion retailer, suffered its first loss in decades in the second quarter and said it would accelerate store closures, although trade has revived as lockdowns ease.

Restrictions to contain the novel coronavirus shuttered stores across the world and piled pressure on fashion giants such as H&M and its main rival and world leader, Zara owner Inditex.

H&M, which in April flagged it expected a second-quarter loss, said on Friday it had increased price cuts that squeezed margins, and warned of further markdowns.

It reported a pre-tax loss of 6.5 billion crowns ($695 million) against a year-earlier profit of 5.9 billion. Analysts on average forecast a 6.4 billion crown loss, Refinitiv data showed.

It said it would accelerate closures and open fewer new stores this year than previously planned.

Chief Executive Helena Helmersson said there was a surplus of spring products across the industry and she expected deeper markdowns in the third quarter, but sales were reviving.

“Our pace of recovery varies greatly between markets, partly because local restrictions differ, but has so far been better than expected,” Helmersson said in a statement.

H&M, which has been fighting to end a years-long rise in inventories, slightly reduced stocks in the second quarter.

“Overall, while Q2 is no doubt a dire quarter, we think H&M continued to manage well what they could directly influence,” analysts at JPMorgan, which rates H&M ‘underweight’, said in a research note.