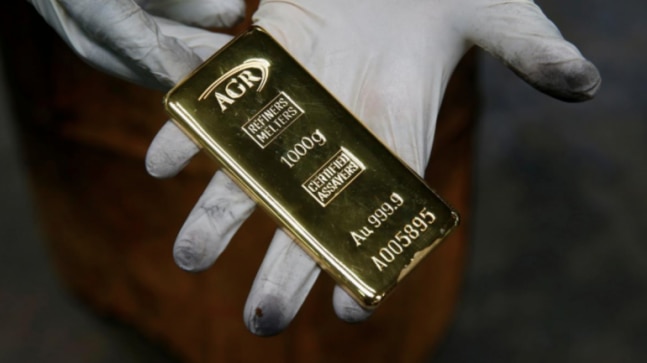 Gold was set for a fifth straight weekly gain on Friday as worries over a spike in US coronavirus cases kept the safe-haven metal near the technical $1,800-per-ounce threshold.

“It’s been a week where all the same risks remain, and fundamentals have yet to tangibly change,” said IG Markets analyst Kyle Rodda.

However, longer-term technicals suggest a slowing in the price momentum, and positioning is pointing to a market very long on gold, implying a short-term pullback is possible, Rodda said.

More than 60,000 fresh Covid-19 cases were reported across the United States on Wednesday, the largest one-day increase by any country since the pandemic emerged in China last year.

Data showed US shoppers were staying out of stores in areas where cases are rising the most, dampening hopes of a quick recovery in the world’s biggest economy.

Americans filing for jobless benefits dropped to a near four-month low last week, but a record 32.9 million people were collecting unemployment checks in the third week of June, supporting expectations the labour market would take years to recover.

Further highlighting the pandemic’s impact, the Bank of Japan cut its economic view for all of the country’s regions for the second straight quarter, the first such downgrade since 2008, while German exports rebounded less than expected in May.