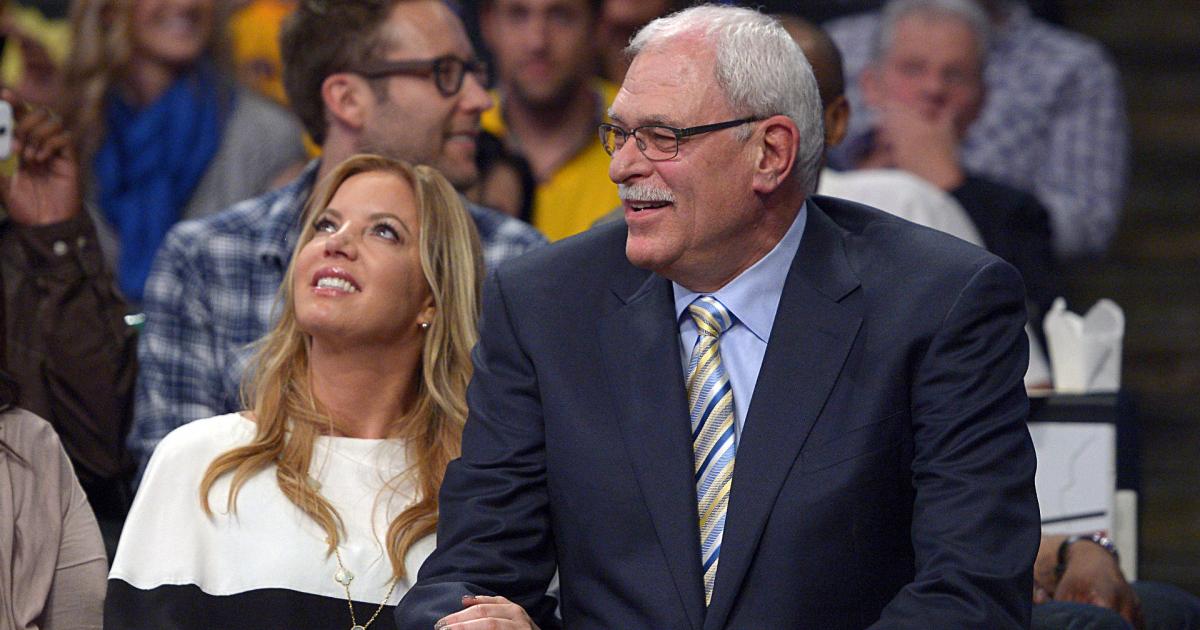 There is never a dull moment in Laker Land.

After a disappointing season that ended with the team missing the Play-In Tournament, Los Angeles parted ways with coach Frank Vogel, who was less than two years removed from winning a championship. That decision set the stage for what could be a franchise-altering summer.

Lakers vice president of basketball operations Rob Pelinka told reporters last month that the organization is looking for a “strong voice” that will motivate players and lead Los Angeles back to contender status. But Pelinka will not be the only voice in the room when the Lakers make their hire.

The purple and gold are reportedly seeking guidance from one of the greatest coaches in NBA history: Phil Jackson.

Why is Phil Jackson involved in the Lakers’ coaching search?

Jackson is “significantly involved” in the Lakers’ process, according to ESPN’s Adrian Wojnarowski, who reported that the Hall of Famer is very much part of the committee in charge of the coaching search.

The 76-year-old’s ties with the Lakers run deep, as he coached the team for 11 seasons (1999-2011), winning five championships during his tenure. Jackson is the ex-fiance of Lakers owner Jeanie Buss, and he reportedly discussed team matters with her throughout the 2021-22 campaign. He is also close friends with Kurt Rambis, who operates under the title of senior basketball adviser.

To Jackson’s credit, he was reportedly a strong supporter of Vogel. While this past season ended in disastrous fashion, Vogel deserves credit for coaching the team that captured a title in the NBA “bubble.”

Put all of those elements together, and it shouldn’t come as a shock that the Lakers value Jackson’s input.

However, there are some concerns about his front office experience and frosty relationship with the franchise’s most important player.

Jackson was introduced as the new president of the Knicks in 2014, beginning what New York hoped would be a new, successful era. Things didn’t go as planned.

After firing coach Mike Woodson, Jackson hired Derek Fisher, who previously played under Jackson as a member of the Lakers. Fisher was let go in the middle of his second season, leaving New York with a 40-96 record. (Rambis then served as the interim coach.) His replacement, Jeff Hornacek, didn’t fare much better, going 31-51 in 2016-17 before Jackson and the Knicks mutually agreed to part ways.

“I had hoped, of course, to bring another NBA championship to the Garden. As someone who treasures winning, I am deeply disappointed that we weren’t able to do that,” Jackson said.

And then there’s his issues with James. In a 2016 interview with ESPN, Jackson referred to James’ associates as a “posse.” James’ longtime friend and business partner Maverick Carter took exception to Jackson’s “disrespectful language,” and James said he had lost all respect for Jackson.

“It just sucks that now at this point having one of the biggest businesses you can have both on and off the floor, having a certified agent in Rich Paul, having a certified business partner in Maverick Carter that’s done so many great business [deals], that the title for young African-Americans is the word ‘posse,'” James said.

In November 2017, James flat-out told reporters that he’s “not a fan” of Jackson, noting how he drafted Frank Ntilikina instead of Dennis Smith Jr. and handled Carmelo Anthony’s relationship with the organization. Anthony played for the Knicks from 2010-17, but after a few rocky years with Jackson running the team, he was traded to the Thunder.

James hasn’t publicly commented on Jackson’s involvement with the coaching search, but it will be fascinating to watch how the power dynamics play out in Los Angeles.

Just another day in Laker Land.