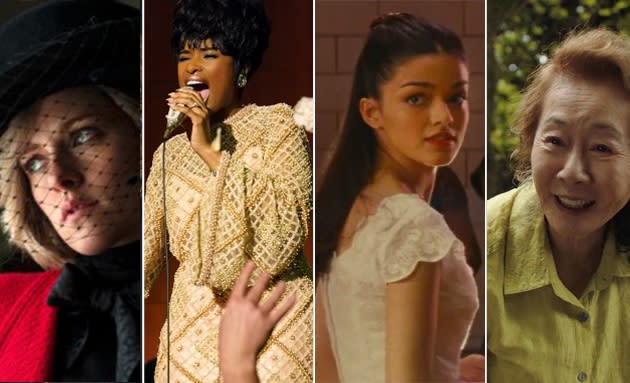 The study, titled It’s a Man’s (Celluloid) World, Even in a Pandemic Year: Portrayals of Female Characters in the Top U.S. Films of 2021, found that female protagonists led 31% of the year’s highest-grossing films, up slightly from 2020‘s 29%. However, even with the incremental shift, 57% of the surveyed films featured male protagonists.

“Despite the major disruptions in the film business over the last couple of years, on-screen gender ratios have remained relatively stable,” Lauzen noted. “Last year audiences saw almost 2 male characters for every female character, and although women protagonists led some of the most high-profile films including Spencer, Being the Ricardos, and The Eyes of Tammy Faye, women comprised slightly less than one third of sole protagonists last year.”

When it comes to increases for Latina and Asian and Asian American women, the report attributes the rise of on-screen representation to titles like Encanto, In The Heights, West Side Story, Shang-Chi and the Legend of the Ten Rings, Minari and Mortal Kombat. Without such culturally-specific titles, both demographics fell slightly below their 2020 levels.

“These findings suggest that the increases in Latinas and Asian and Asian American females in major roles are largely due to their presence in a handful of films, rather than their integration in a wide variety of films,” said Lauzen.

Among the additional on-screen gender parity shortcomings of 2021’s highest-grossing films were the following:

The 2021 report, analyzed over 3,100 characters in the 100 top domestic grossing films. This year’s study also considers portrayals of girls and women on recently released films included on the Digital Entertainment Group’s Watched at Home list. Read the full report here.