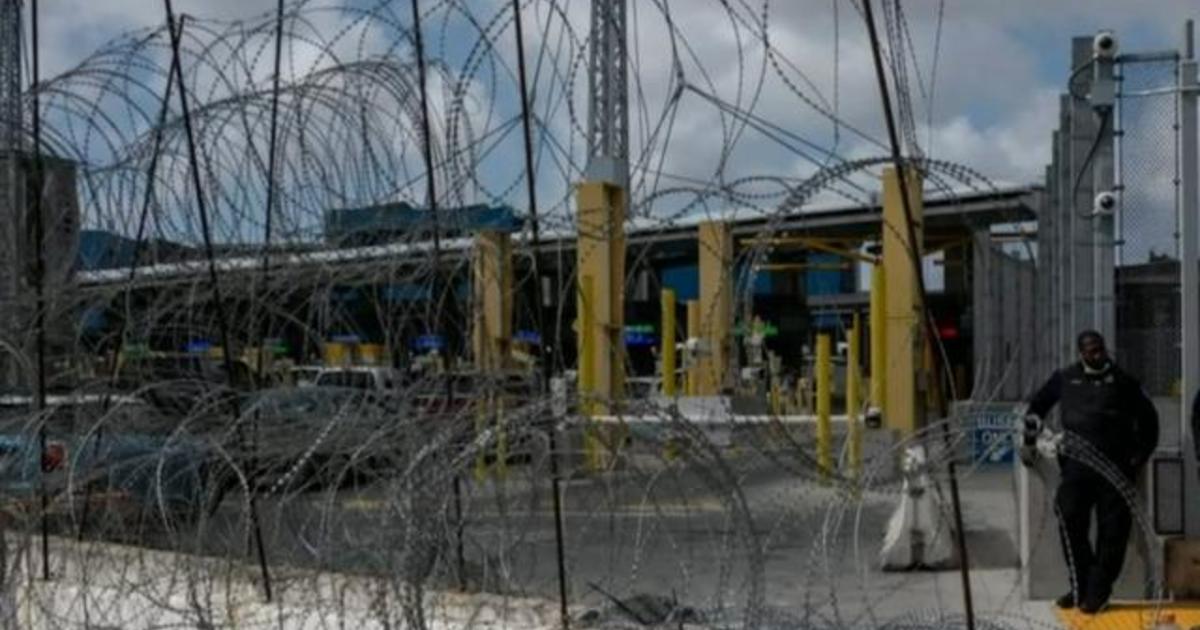 At the Supreme Court, U.S. Solicitor General Elizabeth Prelogar argued that President Biden and his administration don’t have to follow what’s officially called the Migrant Protection Protocols, MPP, or what’s commonly referred as Remain in Mexico.

Then President Trump implemented the policy three years ago, which requires people from Central American countries who cross the border illegally to stay in Mexico while their asylum claims are considered.

Under a law approved by Congress in 1996, the government must either detain those who entered the country illegally, return people to Mexico as they wait for their asylum cases to be heard, or release people on a case-by-case basis for humanitarian reasons.

When the Biden administration ended the policy last year, Texas sued, and won in the district and appellate courts.

Prelogar asked the Justices to reverse course. “Continuous territory return cannot be the solution here. Over the life of the program, in the prior administration, only 6.5% who were encountered at the border were enrolled in MPP. It has inherent constraints.”

Texas Attorney General Ken Paxton was at the Supreme Court as Texas Solicitor General Judd Stone made his case.

Paxton told a news conference afterwards, “We’re arguing the Biden administration, just like the rest of us, follow federal law. Either they must detain them or send them back to their country of origin. I really believe we’re going to get a good result from this.”

Lydia Guzman, National Immigration Chairperson at LULAC, is calling for action by both the Biden administration and Congress. “All we’re doing is kicking the can down the road. What we need to find are solutions to this. We need to find out if there’s a solution and a fix over in the Central American countries where the biggest influx of the asylum seekers is coming from, we need to find a way to properly process folks. But you know, so far nothing has been done. And having the folks remain in Mexico, it did nothing but make the problem even bigger. So, because the border communities in Mexico are also overwhelmed, it’s also not safe for all of those asylum seekers to stay in Mexico.”

The Biden administration also unveiled a six-point plan Tuesday to deal with an expected increase in the number of people who will come to the southern border once Title-42 is lifted. The public health order by the CDC has allowed the federal government to return those who crossed the border illegally to their home countries.

The White House announced that under its plan, it will add more than 600 law enforcement personnel at the border, increase the number of people who can be held in Border Patrol custody from 13,000 to 18,000, and expedite the removal of people who enter the country illegally.

On Monday night, a federal judge in Louisiana announced he will temporarily block the Biden administration from lifting Title-42 at the end of next month.

The White House said the administration would comply with the judge’s order when issued.

Jack covers politics for KTVT-TV CBS 11 and has been with the station since September 2003.