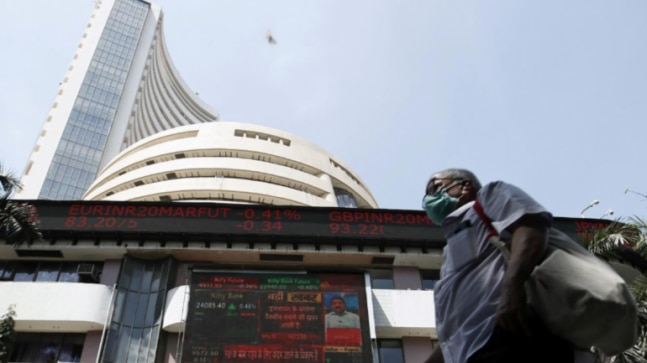 The Nifty banking index rose as much as 8.22 per cent. (Photo: Reuters)

Shares closed over 3 per cent higher on Wednesday as value investors stepped in to buy beaten-down banking stocks, while Axis Bank surged after a report said private equity group Carlyle was in discussions with the lender for a fund infusion.

The Nifty banking index rose as much as 8.22 per cent, with Axis Bank surging 14.2 per cent and heavyweights HDFC Bank and ICICI Bank gaining 5.8 per cent and 9 per cent, respectively.

The index lost 8.3 per cent last week and is down 41.8 per cent so far this year, as banks that are already under pressure from over $100 billion in bad debt, stare at more defaults by businesses hit by the Covid-19 pandemic.

Axis Bank shares rose as much as 15 per cent during the afternoon session after the Economic Times newspaper reported private equity group Carlyle may invest $1 billion for an 8 per cent stake in the bank.

The lender, which was the top gainer in the bluechip Nifty 50 index, said on Wednesday that it has not taken any decision regarding the Carlyle fund infusion.

“Buying was seen in some big private bank stocks, which led the rally. This sudden rise in prices also forced some investors to cover their short positions ahead of the derivatives expiry on Thursday,” said V.K. Vijaykumar, chief investment strategist at Geojit Financial Services in Kochi.

The Nifty information technology index was one of the top gainers, ending 2.8 per cent, higher, led by a 3.7 per cent surge in Infosys Ltd and a 3.2 per cent gain in Tata Consultancy Services.

INTERVIEW | We’re in a safe place if mortality rate kept down: Kiran Mazumdar-Shaw