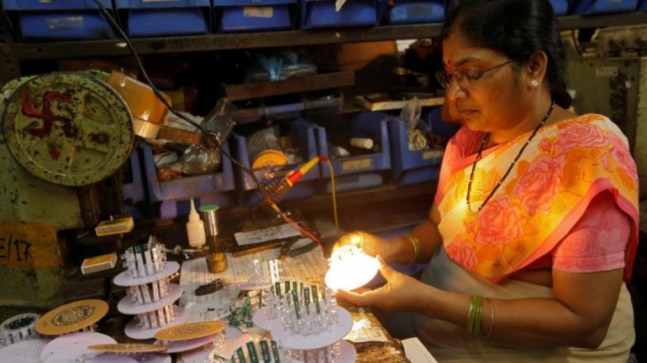 Prime Minister Narendra Modi’s Rs 3 lakh crore revival support for Micro, Small & Medium Enterprises or MSMEs through Guaranteed Emergency Credit Line (GECL) has gained quick traction among targeted beneficiaries. While the rules for the scheme were notified barely 10 days ago, sources say over 1.5 lakh have already availed of the facility.

Speaking to India Today TV, a senior finance ministry official said that till Friday for 1.5 lakh successful MSMEs and businesses, the total loan sanctioned stands at approximately Rs 13,500 crore while over Rs 6000 crore has already been disbursed.

So enthused is the government by the response that there is an assessment that the majority of businesses including MSMEs interested in using the opportunity may avail the scheme by the end of June itself.

The Guaranteed Emergency Credit Line (GECL) scheme aims to benefit 45 lakh MSMEs and businesses. The scheme is scheduled to stay in operation till October 31 or till an amount of Rs 3 lakh crore is sanctioned under the GECL, whichever is earlier.

The government had announced the scheme as part of the newly-coined slogan Atmanirbhar Bharat Yojna on February 29, 2020.

It mandates banks to provide loans up to Rs 3 lakh crore to MSMEs and businesses with Rs 100 crore turnover and Rs 25 crore loan outstanding. The key element of the scheme is the government standing as a guarantor for the MSMEs and business borrowers.

Under the scheme, up to 20 per cent of outstanding is being provided as a new term loan. Compared to 14 per cent cap on interest by NBFCs, the rate has been capped at 9.25 per cent for banks and financial institutions. Public sector banks, on the other hand, have agreed to provide a loan at 7.5 per cent.

The official said, “It is not a scheme for which a beneficiary has to apply. It is a pre-approved one, you have to say no to opt-out. Banks are reaching to all eligible borrowers by sending them pre-approved loan letters that require zero collateral. The idea is not to make borrowers queue up and face harassment at the lending institutions.”

The guidelines issued by the nodal agency for the scheme — National Credit Guarantee Trustee Company Ltd — had laid down that not only MSMEs but also other businesses that include traders and partnerships that meet the eligibility criteria can avail the credit.

The banks and lenders are expected to evaluate credit proposals by bringing into play prudent banking discretion.

While the government is upbeat over the schemes potential to bail out MSMEs and businesses in distress, former RBI Governor Raghuram Rajan, speaking to India Today TV, said, “This scheme is perhaps the most practical component of the Rs 21 lakh crore Atmanirbhar Bharat Abhiyaan OR ABA announced by the government. It doesn’t address the entire gamut of the crisis faced by the sector.”

He said, “The government standing guarantee for additional borrowings is welcome. But what about those MSMEs and businesses that do not have loans but have taken a hit during the lockdown. These are actually units that might have been extremely viable. But the ABA doesn’t cover them.”

This scheme, however, does cover borrowers under the government’s flagship — MUDRA scheme. It provides for a borrower to get a credit up to Rs 5 crore. The eligibility condition also includes GST registration except for those products where such registration is exempt.

For the scheme, the Union Cabinet had cleared a corpus of Rs 41,600 crore. This corpus would be spread over a period of four years starting from the current fiscal.