Roll back petrol, diesel prices to August 2004 level, bring them under GST: Congress to govt 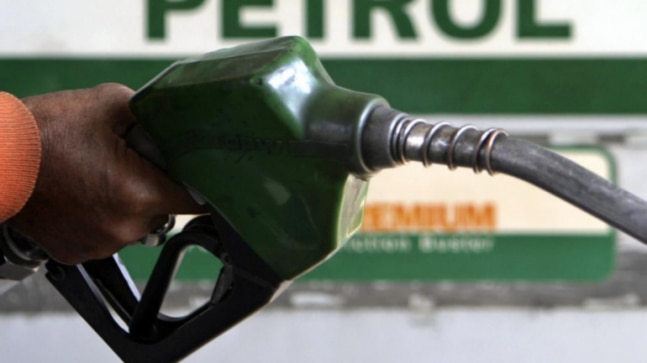 With prices of petrol and diesel being raised for the eighth day in a row, the Congress on Sunday demanded the recent increases be rolled back and petroleum products be brought under the GST regime.

The rates of petrol, diesel and LPG should be reduced to their August 2004 levels as crude oil being sold at a rate prevalent at that time, Congress chief spokesperson Randeep Surjewala said in a statement.

Randeep Surjewala asked the Narendra Modi dispensation why petrol and diesel were being sold at a much higher rates when crude oil prices have gone down to USD 40 a barrel.

“Will Prime Minister Narendra Modi and his government explain why petrol and diesel that cost less than Rs 20 per litre to India, is being sold at steep rates of Rs 75.78 per litre for petrol and Rs 74.03 per litre for diesel,” Randeep Surjewala asked.

“The Congress Party demands that the benefit of reduced international crude oil prices should be passed on to the people and the rates of petrol, diesel, LPG be reduced to August 2004 level and petrol and diesel should be brought under the GST,” Randeep Surjewala said.

Randeep Surjewala also demanded that the 12 hikes in excise duty by the Modi government since May 2014 on petroleum products should be withdrawn immediately until it is brought under the Goods and Services Tax (GST) regime.

Petrol and diesel prices have been hiked by Rs 4.52 per litre and Rs 4.64 per litre respectively during the last eight days despite crude oil prices being benign, Randeep Surjewala said.

The Congress leader said while Indians are battling the coronavirus pandemic and the poor, migrants, farmers, small businessmen and those who lost their jobs struggling to survive the economic ruin, instead of reducing their burden the “anti-people” BJP government is fleecing the people by not just raising fuel rates on daily basis but also refusing to share benefits of lower crude with people.

“The government must immediately rollback the excise duty hike of Rs 23.78 on petrol and Rs 28.37 on diesel,” he said, noting that excise duty on petrol was Rs 9.20 per litre and on diesel it was Rs 3.46 per litre in May, 2014 when the Narendra Modi government assumed office.

When the people are reeling under difficult conditions, the government has no right to further burden them under high taxation, Randeep Surjewala said.

Surjewala said if the Modi government rolls back the increases in excise duty during its tenure, petrol and diesel prices will come down to less than Rs 50 per litre.