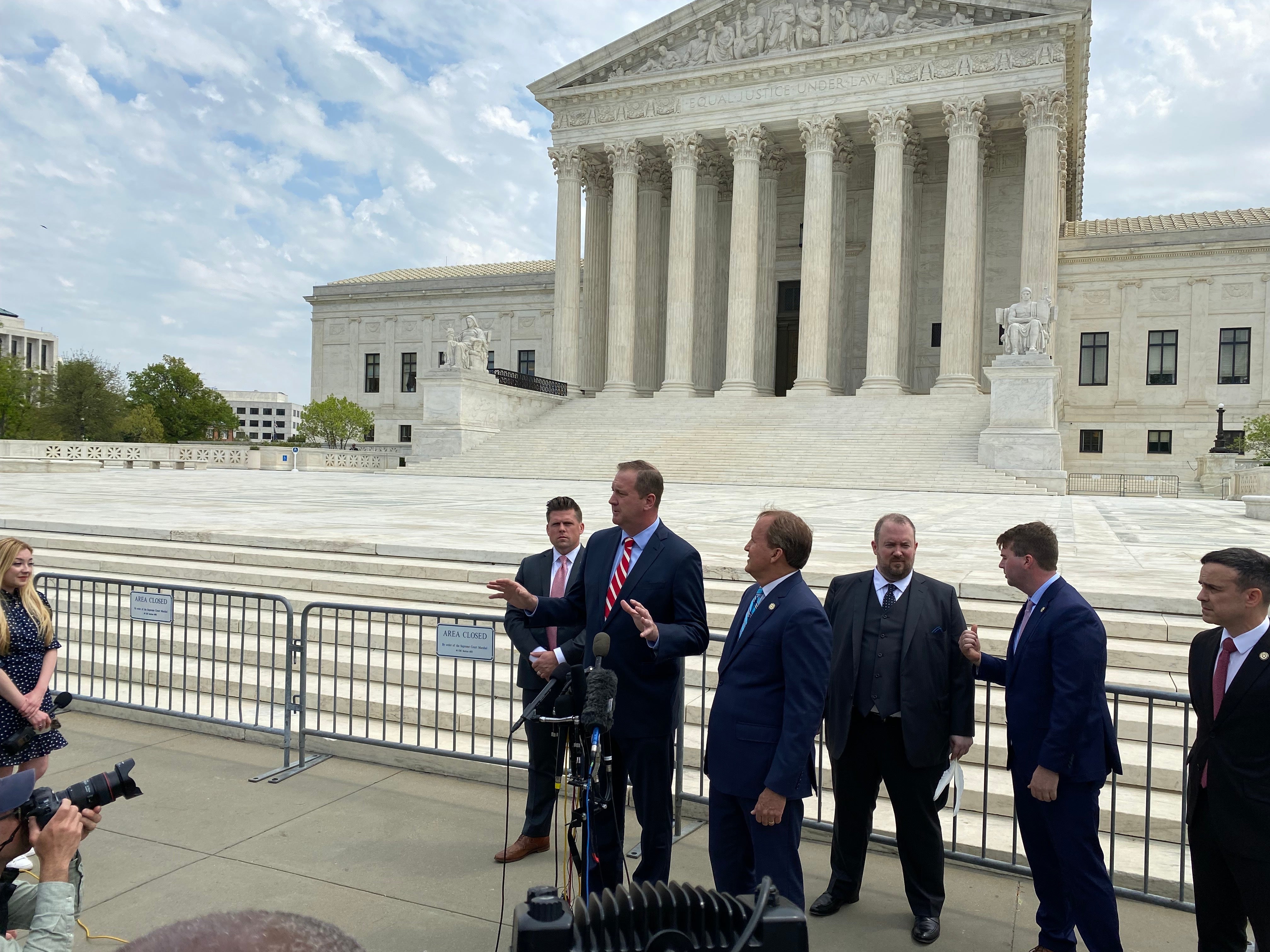 Missouri Attorney General Eric Schmitt Tuesday said the “Remain in Mexico” policy helps deter criminal organizations at the border and can be a key tool in stemming the anticipated migrant surge due to the end of Title 42.

“It’s an additional tool,” Schmitt, a Republican, said when asked about Biden administration argument that “Remain in Mexico” puts a strain on resources, and whether keeping it could hurt the government’s ability to handle a surge.

The policy is officially known as the Migrant Protection Protocol (MPP). Former President Donald Trump’s administration implemented it in 2018.

“Having Mexico be the waiting room is… very important not just for the people that actually are not being sent into the interior of the United States never to be seen again, which is what Joe Biden wants,” Schmitt said. “But also I think it sends a very strong signal to Central and South America and to the cartels that there’s not a financial incentive for you to just get them across.”

Schmitt made the comments outside the Supreme Court after oral arguments in the case Biden v. Texas, which is about whether the Biden administration followed the law in rolling back the MPP.

A lower federal court ruled last year that the administration must keep the MPP in place because it violated the Administrative Procedure Act in deciding to end the protocol.

“This administration, as district and appellate courts have found repeatedly, is all too cavalier about the ways by which it engages in executive action,” Texas Solicitor General Judd Stone told reporters Tuesday.

Schmitt, meanwhile, said the significance of the case, which his state co-led with Texas, goes beyond proper procedure and affects the real-world situation on the border.

“Their business model for the cartels is to just get them across,” Schmitt said. “Because then at that point, they’re in the United States and they’ll get a court date, but they don’t show up.”

“If Mexico’s the waiting room it’s a disincentive for those cartels to actually move the $100 million a week in human smuggling that we were told by law enforcement at the border is actually happening,” Schmitt added.

The MPP case is likely to be decided by the end of June, when the Supreme Court’s current term ends, but it could be decided sooner. It coincides with a raging debate over President Biden’s decision to lift Title 42, a Trump-era pandemic rule that allows for migrants to be deported more quickly.

Title 42 is set to expire on May 23, which is causing many lawmakers in both parties to raise concerns about a potential migrant surge and the effect it would have on law enforcement and border communities.

Senate Republicans are pushing for a vote on Title 42 on any new COVID-19 funding bill. Senate Majority Leader Chuck Schumer, D-N.Y., said he’s opposed to any effort to tie the two issues together — although he did acknowledge some of his members are unhappy with Biden’s decision.

“We’re going to be working through this to see if we can come to a position that we can agree to because there’s divisions there now,” Schumer said.