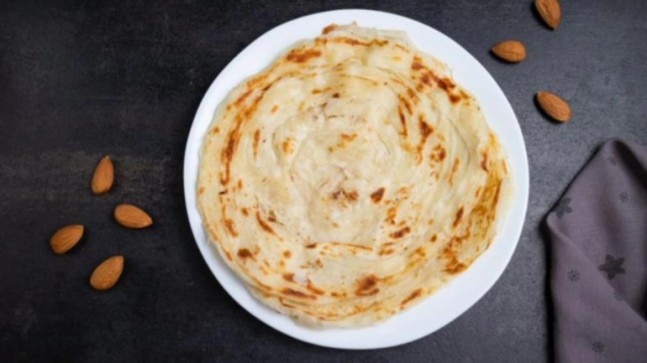 A day after 18 per cent Goods and Services Tax (TAX) was levied on ready-to-eat frozen parotas, the government was forced to step in with an explainer. The government sources told India Today TV that the decision was taken by the Karnataka bench of Authority of Advance Ruling (AAR).

2/4 The authority has decided that frozen (and preserved) wheat parota and malabar parota available in ambient and frozen form with a shelf life of 3-7 days is not plain roti but is a distinct product.

Sources in the government tried to cool the debate after the AAR said that all Indian breads cannot be categorised as rotis (a generic name for Indian flatbread) and the ready-to-eat parotas, that need to be heated before consumption, would be subjected to higher tax level of 18 per cent GST.

The government explained saying that the frozen parota, which is preserved, sealed, branded and is usually sold at higher prices cannot be considered as a staple food for poor, consumed on a regular basis. It is rather consumed by a class that could afford to pay taxes, the sources said.

4/4 It has been held by AAR that frozen and preserved parota would attract GST at the rate of 18%.

Sources said, “It’s not a staple item and is consumed by a class which could afford to pay taxes. And that is why, the ruling of 18 per cent GST on parota.”

Sources also said that levying higher tax rates was a standard worldwide practice where processed or packaged food are taxed at a higher rate.

Since the ruling had led to a widespread fear that all the parota or malabar parota may start costing more, the government clarified that those eating out in restaurants or the “tiffin centres” will not be impacted as fresh flatbread or rotis or any parota, served for consumption by a restaurant, or takeaways will continue to attract 5 per cent GST rate just like the plain roti.

To present an example of how taxes on different products vary, the government said, “Milk under the GST regime is tax-free, but tetra packed milk is taxed at 5 per cent and condensed milk is taxed at 12 per cent. That is the differentiation the public has to make between rotis and parota served at restaurants or are frozen, packaged and sold in branded form by companies.”

“Poor do not buy frozen food items. Students and working youth depend on restaurants and takeaway eateries. The GST on them remains 5 per cent. The frozen stuff is popular among a segment which can pay taxes. Mass consumption items like biscuits, pastries, cakes, etc attract GST at the rate of 18 per cent,” a govt official said.

The FMCG companies such as Nestle, Hindustan Unilever, Coca-Cola, Pepsi etc make significant profits on the sale of packaged food items by selling them at higher rates. The government claims their products cannot be fitted into the low tax bracket as they are brighter staples not essentials.

The ruling defending a higher rate of GST on the parota or paratha had inspired memes and jokes on social media with people virtually launching a ‘justice for parota’ campaign. Even members of India Inc jumped into the raging storm. Soon, the news triggered people to take potshots at the Modi government.

The Karnataka appellate authority had ruled on an appeal by a Bengaluru-based company against tax on ready-to-cook products such as frozen (or preserved) Malabar parathas and whole-wheat parathas. In an appeal, the company said the frozen parotas should be taxed the same way as khakhra, plain chapati or roti.

(With inputs from Aishwarya Paliwal)