Petrol, diesel price hiked after a day’s pause; both above Rs 80-mark in Delhi 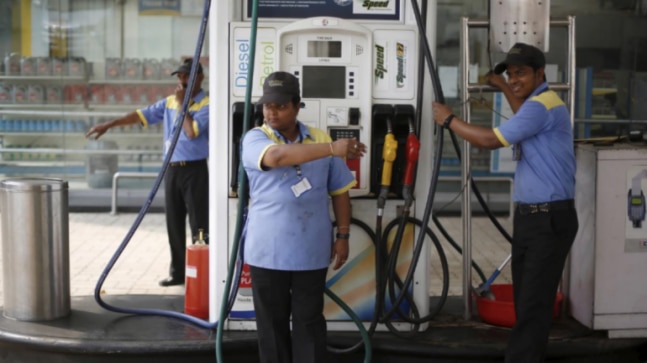 Petrol and diesel rates were on hiked again on Monday after a day’s pause. Petrol price has been increased by 5 paise while diesel rates have been hiked by 13 paise.

While both fuel prices remained unchanged on Sunday – after 21 days of consecutive hikes – oil marketing companies have again increased prices today, signalling that prices could up even higher this week.

At least 13 major cities are now paying over Rs 80 for a litre of petrol with the highest rates in cities across Madhya Pradesh and Rajasthan. In Madhya Pradesh’s Balaghat, petrol price has already touched Rs 90 per litre.

Meanwhile, diesel rates are also climbing fast in India with many cities already paying over Rs 80 for a litre of the fuel. Again, cities in Rajasthan and Madhya Pradesh have the highest rate for diesel at the moment.

At least 7 major cities are paying over Rs 75 per litre for a litre of diesel.

The incessant rise in petrol and diesel price has led to concern among the country’s citizens, with the sharp fuel price now hitting many industries. Prices of fruits and vegetables have repeatedly gone up due to the rise in diesel prices as well.

In view of the sharp rise, Congress party said it will hold a nationwide agitation today. India Today TV reported that the party’s MPs and MLAs will submit memorandums to President Ram Nath Kovind for demanding a withdrawal of the hikes.

In a statement, AICC General Secretary, In-charge for Organization, KC Venugopal said, “Protest against the unmindful, insensitive and unprecedented hike in the prices of petrol and diesel will be massive and will underline the government’s extortionist looting of the common man during the coronavirus crisis.”