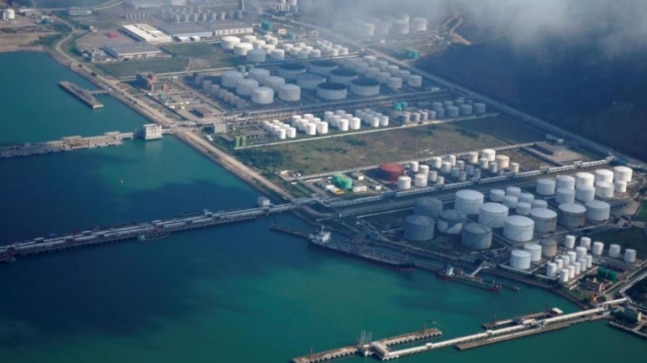 Oil slipped to around $26 a barrel on Friday as weak demand due to the coronavirus crisis and excess supply pressured the market, even as OPEC and its allies began a record output cut.
The global oil benchmark, Brent crude, has collapsed 60 percent in 2020 and reached a 21-year low last month as the coronavirus pandemic squeezed demand and OPEC and other producers pumped at will before reaching a new supply cut deal which began on Friday.

Output cuts of 9.7 million barrels per day by the Organization of Petroleum Exporting Countries, Russia and other producers, known as OPEC+, began on Friday. Even so, there are doubts the reduction, the largest ever agreed, will be enough.

“The demand recovery will be a muted affair,” said Stephen Brennock of oil broker PVM. “What is more, OPEC+ curbs which take effect today will be no panacea for the hefty supply imbalance.”

“Crude demand is likely to disappoint even if the more optimistic demand recovery forecasts for end-user consumption materialise, due to the high inventory pressure that has built over the last month or so,” JBC said.

A Reuters survey on Thursday showed that in advance of the new output cut, OPEC sharply raised output to the highest since March 2019, adding to excess supply on the market.

And underlining the difficulties some producers will face in meeting their commitments, Iraq will struggle to meet its quota of cutting output by nearly a quarter, industry sources said. Iraq is OPEC’s second-largest producer.

“This is a second straight week of inventory and product demand figures suggesting a bottoming of the US market,” said Stephen Innes, chief market strategist at AxiCorp.