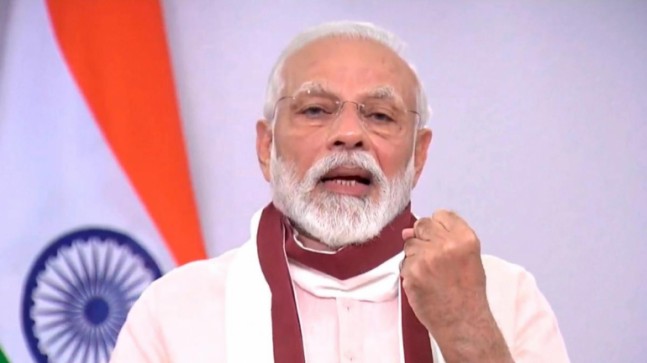 The Narendra Modi government has brought in a Gazette notification that will allow the PM CARES fund to receive Corporate Social Responsibility (CSR) funding from corporates.

The notification, brought in by the Union Ministry of Corporate Affairs on May 26, states that sub-section (1) of section 467 of the Companies Act, 2013 has been amended to also make PM CARES fund (Prime Minister’s Citizen Assistance and Relief in Emergency Situations Funds) eligible to receive CSR funding from corporates.

So far, only the Prime Minister’s National Relief Fund was eligible to receive CSR funding.

Besides this, the notification says it will be implemented with a retrospective effect and shall deem to have come into force on March 28.

In other words, the donations that were made by big corporates to the PM CARES over the last couple of months can be covered as CSR contributions.

Till now Corporate Social Responsibility (CSR) was mandatory for:

Companies could utilise the funds set aside for CSR in broad categories of programmes stipulated by the government to ensure their accountability. These were:

Through the new gazette notification, the government has added PM CARES fund as an eligible beneficiary of CSR funds.

This move is bound to generate controversy. Prime Minister Narendra Modi has already been facing criticism for creating a new fund for Covid-19 relief, instead of using the PM Relief Fund to mitigate the crisis.

Top businesses and celebrities had rushed in to pledge millions in new donations to the PM CARES fund.

Reacting to the notification on CSR, a senior minister in the government said, “The battle against Covid-19 needs large amount of money. If corporates can contribute to the PM CARES fund, the corpus would allow assistance to meet immediate needs like helping the migrants.”

However, the Opposition and those involved in the NGO sector are unhappy with the move. They feel following this amendment, corporates would start diverting their CSR funds to PM CARES fund as it’s a high profile entity to score a point and other non-profit organisations which are involved in public service and are dependent on CSR funds may not get assistance in the year ahead.

Reacting on the amendment, a senior Congress leader said, “CSR funds could be donated to PM Relief Fund as per old existing rules. This is yet another way to weaken the old fund and empower what PM Modi has created.”

He added, “Many small non-profit organisations are doing great public service at the grassroots. They know the needs of people’s the best. These organisations were getting their funding from the CSR provisions. With the new permission, corporates would opt for dovetailing their funds into the PM CARES. This means drying up of resources at the bottom of the pyramid and the central government driven fund getting cash rich. It has been witnessed that the Centre’s capability in targeting stressed areas lacks awareness of ground realities.”