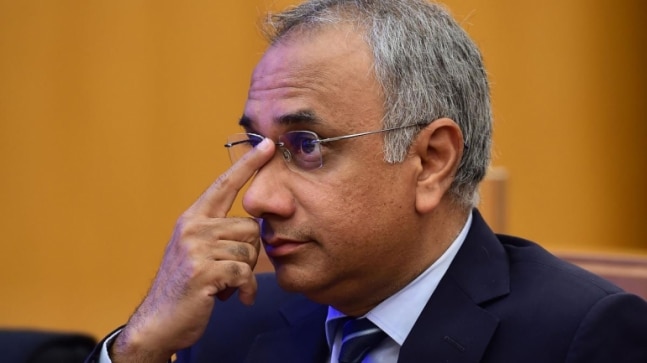 Infosys on Wednesday posted a stronger-than-expected 12.4 per cent rise in the first quarter consolidated net profit to Rs 4,272 crore, helped by large deals, and said its FY21 revenue is likely to grow by up to 2 per cent.

The Bengaluru-based company, which logged large deal wins worth USD 1.7 billion during the quarter, saw its digital revenues growing over 25 per cent to USD 1.38 billion (44.5 per cent of total revenues).

“We’ve had an exceptionally good quarter. In our first quarter of this financial year…revenues grew by 1.5 per cent year-on-year in constant currency. In terms of large deal wins, it was at USD 1.7 billion in the quarter …This gives us a powerful foundation for the rest of the year,” Infosys CEO and Managing Director Salil Parekh said.

While Covid-19 pandemic still presents challenges, the company is reinstating its guidance for the full financial year at 0-2 per cent in constant currency terms, he added.

Globally, businesses have been impacted by Covid-19 pandemic. While Indian IT firms had seen some impact in March, this is the first full quarter factoring in the impact of disruption and lockdowns in various parts of the world, including India.

Infosys refrained from providing a revenue outlook for FY21 in April, citing uncertainty amid Covid-19 outbreak.

TCS, which announced its results last week, posted a marginal rise in the first quarter revenues to Rs 38,322 crore, while Wipro saw its total income coming in almost flat at Rs 15,571.4 crore in April-June quarter.

Infosys’ results were announced after market hours. Shares of the company closed at Rs 831.45 apiece, up 6.16 per cent from the previous close on BSE.

Parekh said the company has seen growth in the first quarter, and continues to see its pipeline in a “good place”.

“This whole crisis has accelerated the digital thinking across most large enterprises. We see a lot of demand for cloud, workplace transformation projects, automation and cost efficiency,” he added.

The company also continues to be watchful of the external environment amid the Covid-19 pandemic, he noted.

In US dollars, Infosys net profit grew 3.1 per cent to USD 564 million in the June 2020 quarter, while revenues was marginally lower at USD 3.12 billion over the year-ago period.

Infosys total headcount stood at 2,39,233 at the end of June 2020 with voluntary attrition for IT services (annualised) was at 11.7 per cent.

Infosys COO Pravin Rao said almost 90 per cent of the lateral hires, who were given job offers, have been onboarded and the remaining will join this quarter.

“In terms of freshers, we expect over 20,000 freshers to join. For them, we will start onboarding in a phased manner starting later this quarter. Normally, we take 2-3 quarter to onboard freshers from campuses and that is something we will continue to follow,” he said.

The company has also given higher variable pay this quarter, Parekh said.

Talking about the suspension of US H1-B work visas, Rao said the move doesn’t really make any “logical sense”.
“Today, various independent studies have clearly demonstrated the value that Indian IT service providers bring to the US economy and how they make the American companies very competitive. Having said that, in the short term, we don’t see any impact. From Infosys perspective, our focus on localisation has really helped us,” he added.

Rao noted that more than 60 per cent of its employees in the US are visa independent, and since May 2017, the company has recruited more than 13,000 US nationals.

“So from our perspective, we are entirely de-risked and even in the medium to long-term, we don’t see an impact,” he said.

The appointment is for a period of three years and is subject to the approval of shareholders, Infosys said.

“Bobby Parikh is a well-respected business leader who brings a wealth of experience and financial acumen to the Infosys Board. His vast experience in the realm of corporate governance will greatly benefit the company,” Infosys Lead Independent Director and Chairperson of the Nomination and Remuneration Committee Kiran Mazumdar-Shaw said.