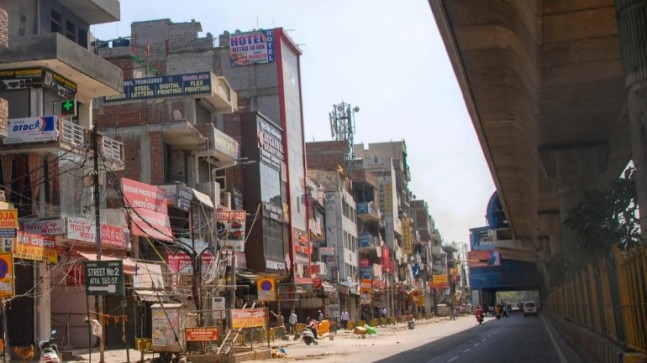 For businesses in Noida, Lockdown 3.0 is different from 2.0 because as per the new orders, the government has given an in-principle go-ahead to production activities. But 48 hours after the new guidelines by the state government were issued, businessmen were in for a rude shock.

Businesses are in flux as they have been bombarded with orders, with no clarity on the final order. In spite of getting orders to open with 33 per cent workforce, they are finding it difficult to restart because of the cobweb of orders that are too difficult to fathom. Multiple orders have resulted in a tug of war between businesses and government authorities.

Sharad Jain, Noida Entrepreneurs Association said, “In the last 48 hours, every authority has issued an order. Now we are flooded with orders but we don’t know which order to follow. We need clarity as without clarity restarting work won’t be practically possible.”

One of the biggest issues owners are facing is the transportation issue.

With no public transportation service, workers cannot make it to factories and production houses resulting in work being halted. And given the stringent rules around cross border passes, getting one made for each worker is practically impossible.

The combined turnover from industries in Noida is Rs 35,000 crore. And exports are worth Rs 20,000 crore. But both turnover and exports for the past 40 days have been lost as no wheels have turned due to the lockdown.

In Noida alone, there are 11,500 registered units (small, MSME and large) including service industries registered with the government and out of these 90 per cent are shut because of lockdown.

Rajender Mohan Jindal, owner of Epitome Systems Pvt Ltd told India Today TV, “The state government has announced that organisations can be allowed to operate with 33 per cent strength. But how is this possible without proper transport? We cannot provide each worker with a two or four-wheeler.”

Others echoed similar concerns, highlighting a lack of co-ordination between government authorities resulting in owners adopting a wait and watch strategy.

While industrialists are awaiting clarity, authorities say orders are straightforward.

Suhas Lalinakere Yathiraj, Noida District Magistrate told India Today TV, “There is no confusion, orders are pretty clear. We will sort out issues when they come up, in the next 24-48 hours things will be on track.”