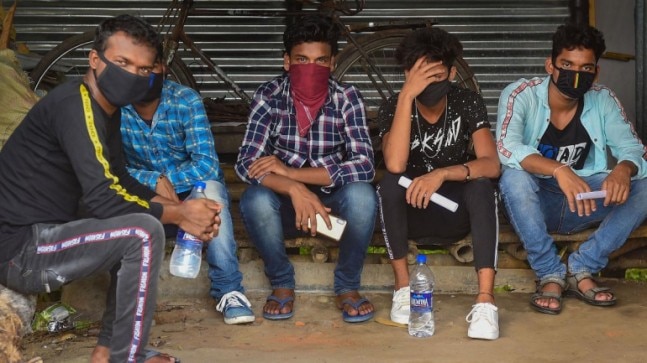 Lakhs of the workers employed with the micro, small and medium industries may not get their salaries this month as most of the units are shut due to lockdown amid coronavirus crisis.

The Noida Entrepreneur Association claims that most industries are financially struggling and it’s not possible to pay salaries for the month of April as they have not received any relief from the government.

Noida MSMEs have over 8 lakh workers for which the monthly expenditure is around Rs 1500 crore in the form of salaries.

Union Minister for Micro, Small & Medium Enterprises Nitin Gadkari recently announced financial aid of Rs 1 lakh crore for the revival of collapsing industries due to lockdown. Due to falling economic conditions, the micro and small industries had to shut down their operations whereas many others are not in a condition to pay salaries to their workers.

During an interaction via video conferencing with the representatives of the Associated Chambers of Commerce of India (ASSOCHAM) on the impact of COVID-19 on MSMEs, Gadkari had said that the government is working on a separate scheme to address delayed payments issues of MSMEs wherein a dedicated fund will be created for payments to MSMEs.

“We have prepared a fund of Rs 1 lakh crore and the government will pay for the insurance. We will fix and formula and on how to coordinate between all three stakeholders – the one who has to receive money, the one who has to pay money and bank,” said Gadkari.

Struggling to keep afloat the business, the Noida Entrepreneur Association (NEA) which is a body of over 127000 MSMEs in Western Uttar Pradesh has written to the government seeking immediate help for their survival. “We are struggling for months, initially it was the bad economic condition and now coronavirus. We are not in a position to give salaries to workers,” said Vipin Malhan, president of NEA to India Today.

When most of the MSMEs are struggling with the crunch of business and money, Gadkari had said that the payments of MSMEs, small industries that are pending before the major industries, public undertaking, central government and state governments have to be liquidated. The union minister also said that all efforts should be made to make payments immediately and all government departments have been directions to that effect.

Vinay Jain Founder and CEO Grafdoer said, “The lockdown is not a favourable solution for MSMEs and daily wage earners. The central government and the state governments are requesting the private sectors to pay their workers’ salaries without any deduction. The government has funding of around Rs 84,000 crores lying in Employee State Insurance Company (ESIC), which may also be utilised to provide relaxation to the industries. The government should take some valid decisions in favour of MSMEs because they are the highest contributing spectrum in the nation’s economy.”

On the government announcement of Rs 1 lakh crore aid, Nitin Malhan said, “We are hearing about such packages from a long time but till the time, we don’t get it, it’s of no use. The crisis is in a phase that even if we survive coronavirus, the loss in business will kill us.”