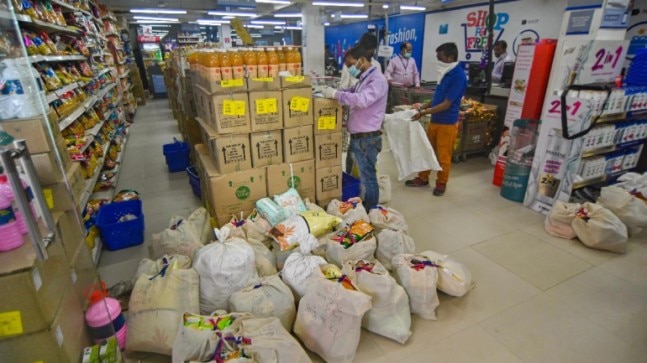 Top industry leaders predict that consumer demand for non-essential items is not likely to bounce back immediately after the lockdown ends.

According to Arvind Ltd’s Executive Director Kulin Lalbhai, it will take at least four to six months for disposable income to come back and business to bounce back. Whereas TVS Group’s chairman Venu Srinivasan sees the consumer returning to shops after six quarters – one-and-a-half year.

Speaking to India Today’s Rahul Kanwal during special E-Conclave series, Kulin Lalbhai said that retail must be seen in two parts – essential and non-essential. Since the latter is discretionary spending, it requires disposable income, which, he said, will take another four to six months to accumulate at the consumer end. And only then, Kulin Lalbhai said, the business can bounce back.

Venu Srinivasan, TVS Group chief, said that the automobile sector cannot hope for a revival unless the government allows some tax relief. “The road to recovery has to be led by demand. For demand, we have to put money in the hands of the people. Tax cuts will have to be given. If there is no fiscal incentive, I expect the demand to come back in six quarters,” Venu Srinivasan said.

The automobile sector leader also said that if the government did not provide any fiscal relief to the people than he predicts one to two per cent contraction in GDP.

MD and CEO of the Indian Hotels Company Ltd, Puneet Chhatwal, also predicted a major impact on the tourism industry for at least another 6 to 12 months.

“We will see a major impact in the next 6-12 months. I believe the wedding sector will come back,” he said.