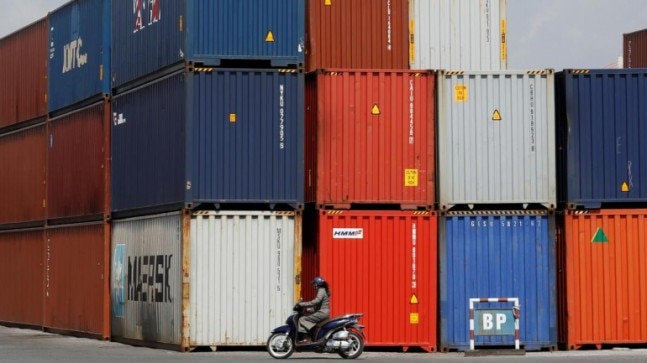 After a gap of over two months, bilateral trade has finally resumed through Petrapole Integrated Check Post at the India-Bangladesh border.

“We are allowing bilateral trade to resume through the Petrapole ICP and all necessary safety protocol will be followed.” Shankar Adhya, the outgoing chairman of Bongaon Municipality said.

The Land Port Authority of India had given a letter to the district magistrate on Sunday, requesting the movement of stranded trucks near Petrapole.

“A pool of 100 local truck drivers will be allowed to go only up to 500 metres within the Bangladesh port area and return after unloading goods. We are trying to find a healthy solution so that our drivers, who will be leaving from India, are safe. They’re our responsibility,” Shankar Adhya said.

Another official said that trade will be allowed for 12 hours daily.

“However, the drivers who will be going to Bangladesh for unloading goods will be given PPE kits, hand gloves and masks by the BGTA Welfare Association, employers’ association, and workers’ association for their safety. Empty trucks will have to be sanitised, too,” Shankar Adhya added.

The Petrapole Check Post was reopened on April 30, over a month after being closed due to lockdown.

However, four days after resuming operations, India’s biggest land port again shut down on May 2 following protests by Trinamool Congress-backed labour unions and villagers over the spread of coronavirus through Bangladeshi labourers to Indian drivers and helpers.

All Bangladesh-bound vehicles stranded in and around the Petrapole check post, around 80-km from Kolkata, will be cleared by June 14.

“We have engaged four teams for sanitisation of trucks and can handle 240-300 trucks a day. We can increase if trade demands,” he said.

There had been some reluctance among the drivers to stay in the Central Warehousing Corporation parking zone after return where a facility for their stay had been arranged.

The local administration has also asked traders to be ready with another pool of 50 drivers outside the ICP area for any exigencies.

“A large number of trucks are stranded near the border due to the lockdown. Exports through Petrapole check post will resume on Sunday. We have agreed to follow the instructions given by the administration,” an official of exporters’ body FIEO said.

Some local people were also happy with the resumption of trade while some were concerned that it may lead to spread of coronavirus in the area.

“It is heartening to note the trade has resumed. A lot of economic activity is dependent on movements of goods from Petrapole,” said 30-year old Asim.

However, a middle aged woman from a nearby village remained concerned about the spread of the deadly virus that might slip into their homes from the border.

“Recently, we had protested against the movement of trucks across the border fearing spread of infection. Now, the same is now diluted and trucks will go and return from Bangladesh. I and worried,” she said.

(With inputs from Dipal Debnath and PTI)