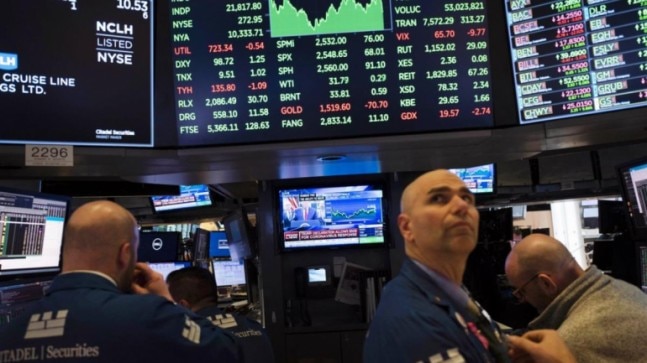 The 30-share index, however, briefly turned negative in afternoon session after escalation in India-China border tension, but managed to recoup losses and settled 376.42 points, or 1.13 per cent, higher at 33,605.22.

HDFC Bank was the top gainer in the Sensex pack, jumping around 4 per cent, followed by HDFC, ICICI Bank, Infosys, Kotak Bank and Hero MotoCorp.

On the other hand, IndusInd Bank, Tech Mahindra, Axis Bank and ITC were among the laggards.

According to traders, Dalal Street was enthused by positive cues from global markets after US Federal Reserve launched a massive programme to support Main Street businesses hit by the virus lockdown.

The Fed announced its Main Street Lending Program and an emergency lifeline under which it will buy up to USD 750 billion in corporate bonds.

The plan is part of a massive financial backstop put in place by the bank to protect the economy from the worst of the virus crisis.

Bourses in Shanghai, Hong Kong, Tokyo and Seoul ended up to 5 per cent higher.

Stock exchanges in Europe too opened with significant gains.

In the first such incident in the last 45 years reflecting massive escalation in the five-week border row, an Indian Army officer and two soldiers were killed during a violent confrontation with Chinese troops in the Galwan Valley on Monday night.

Meanwhile, the rupee pared initial gains and closed 17 paise lower at 76.20 against the USdollar.