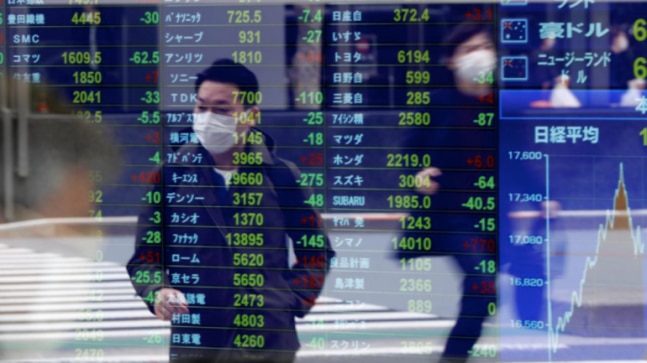 European shares climbed on Monday as investors clung to signs that more countries were restarting their economies and looked past reports of a pick-up in new coronavirus cases.

The gains for stocks, while small, began in Asia where markets cheered further loosening of coronavirus restrictions in the region – New Zealand eased some curbs from Thursday while Japan plans to end a state of emergency for areas where infections have stabilised.

In Europe, millions of French people are also set to cautiously emerge from one of the region’s strictest lockdowns, and Britain has set out its own gradual path out of lockdown, although it is behind other countries in doing so.

However, South Korea warned of a second wave of the new coronavirus as infections rebounded to a one-month high, while new infections accelerated in Germany, which has been cautiously easing its own lockdown.

Investors seemed determined to stay optimistic, opening up a stark gap between dire economic conditions on the ground and a rebounding stock market focused mostly on the timing and speed of recovery.

“Risk bears are being sent into hibernation,” said Kit Juckes, a markets strategist at Societe Generale.

“Markets focus on re-opening economies and policy activism, bears struggle to understand how they can ignore reinfection and economic destruction.”

E-Mini futures for the S&P 500 opened softer but bounced as the Asia day wore on and were last up 0.1 per cent.

World shares, measured by the MSCI world equity index which tracks shares in 49 countries, ticked 0.1 per cent higher – it has now risen 16 per cent from its March lows.

As investors look to the reopening of economies, most have ignored dismal economic data. The most recent was Friday’s US jobs report, which detailed the biggest jump in joblessness since the Great Depression.

But the numbers were not as bad as economists had expected, and analysts say that markets have already priced in the huge hit to growth and employment.

“Since late March there has been an extraordinary divergence between the real economy and financial risk, with the latter helped by unprecedented policy accommodation,” said Alan Ruskin, head of G10 FX at Deutsche Bank.

The bond market certainly seems to think any recovery will be slow with two-year US government yields hitting record lows at 0.105{b1ee4ac4d8d7b8e1af61a560a11ca52574b8103b547ccac8037ce0cdf9e7ba58} and Fed fund futures turning negative for the first time ever.

The rally in US bond prices has come even as the US Treasury plans to borrow trillions of dollars in the next few months to plug a gaping budget deficit.

The decline in US yields might have been a burden for the dollar but with rates everywhere near to or less than zero, major currencies have been stuck in tight ranges.

On Monday, the dollar was up 0.2 per cent against a basket of currencies but made more headway against the safe haven Japanese yen, rising 0.5 per cent to 107.21.

In commodity markets, oil prices fell as a persistent glut weighed on prices and the pandemic eroded global demand.

The spot gold price rose back above $1,700 an ounce. Buoyed by its safe-haven appeal, the precious metal has rallied more than 12 per cent so far in 2020, hitting 7-1/2 year highs.