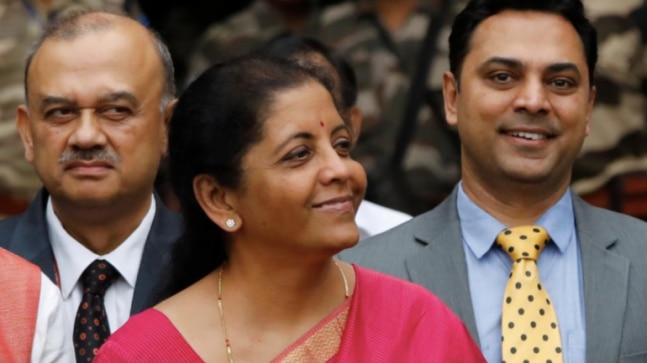 Finance Minister Nirmala Sitharaman on Wednesday explained why the government avoided reckless spending to give the economy an immediate boost amid the coronavirus crisis.

Sitharaman told The Economic Times that measures announced under the relief package were to put money in the hands of the people for creating demand gradually. She added that spending recklessly may cripple the economy in future.

The finance minister said the relief package was tailored on the basis of lessons learnt during the 2008-13 period.

“Mostly I would say, coming from the learning based on the experiences of 2008-13 — that’s one of the reasons why we have taken this course,” she told the publication.

While many industry bodies and economists have asked the government to consider a big stimulus package to revive the economy, Sitharaman said the government is dealing with the crisis cautiously to avoid damaging fundamentals of the economy.

She said the government wants to avoid sharp spending, which led to a decline in fundamentals of the economy like inflation spike, the balance of payments and currency depreciation during the second term of UPA government.

Sitharaman also said that the government took its decision after carefully reviewing measures announced by other countries in the world.

Even as many economists and industry experts claimed that the government’s stimulus package will not help boost demand immediately, Sitharaman claimed that it is a wrong assumption.

Sitharaman not only refuted claims that the relief plan only focused on supply-side measures but also added that it will touch upon all sectors, even those which she did not mention.

During the conversation, the finance minister further said that the government wants to help stranded migrants financially, but added that it does not have sufficient data to reach out to all of them.

On reports that the direct stimulus support is a fraction of the announced relief package, Sitharaman said all the suggestions were duly considered before the government announced the final plan.

Experts had earlier estimated the direct fiscal impact of the coronavirus revival package at Rs 2.5 lakh crore, which is hardly a fraction more than 1 per cent of the country’s total GDP.

She said there is a lot of uncertainty at the moment and the government may need to keep assessing the situation in the wake of the coronavirus outbreak. Sitharaman indicated that more measures could be announced in future based on such assessments.

The finance minister then went on to explain that banks are now giving additional term loans or working capital to companies and that can be spent to restart economic activity.

Sitharaman said this will generate demand and put money in the hands of people. People will then spend it. “So, strictly supply-side measures have a demand-side component,” she said.

Sitharaman again said the package has been designed in a way that each sector of the economic benefits and refuted claims that the plan does not have enough support for sectors like aviation and hospitality.

Her comments come after widespread criticism of the government relief package, which experts say will not provide an immediate boost to several sectors that have been hit hard by the lockdown.

INTERVIEW | ‘We’re in a safe place’ if mortality rate kept down: Kiran Mazumdar-Shaw