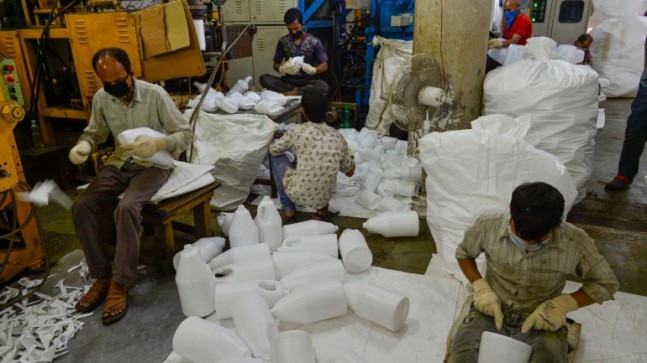 FICCI, the Federation of Indian Chambers of Commerce and Industry, on Saturday, submitted a list of recommendations to the Ministry of Home Affairs. These recommendations were based on FICCI’s ‘Back-to-Business Survey’ which assessed the on-ground state of various businesses.

Lack of interstate transportation was one of the major concerns voiced by a majority of the stakeholders. Another point was the lack of clarity on restrictions applicable to industries. Business owners told FICCI that they look forward to relaxation of restrictions after May 17.

In its presentation, FICCI suggested that red zones be narrowed down to smaller areas. It further urged the MHA to consider re-issue for e-passes for non-medical staff for specific activities with respect to containment zones. The delivery of non-essential items in containment zones should be allowed with proper monitoring and enforcement, added FICCI.

Industry leaders have also reached a consensus on revision of curfew timings from 9 pm to 6 am such that buffer time can be provided for business owners and their staff members to commute between work and home, FICCI’s recommendations said.

The federation added, “The need of the hour is to bring the economy back on track and to achieve that is by adopting staggered timings for offices and commercial establishments, including shops so that norms of social distancing could be followed.”

Domestic air travel should be opened in a calibrated manner and keeping in mind social distancing and other protocols, suggested FICCI.

In its recommendations, the federation wrote to the MHA that the manufacturing sector is looking for the government to allow manufacturing in red zones with specific SOPs. These include entry and exit of workers, in particular where it impacts supply chains for manufacturing.

Industrialists from Gujarat mentioned the current migrant worker crisis and its impact on manufacturing.

Businessmen are also finding it difficult to arrange facilities for transportation of available workers to manufacturing units in the absence of public and other modes of transport in cities.

Meanwhile, the automobile sector suggested bringing back migrant labourers as contract labour accounts for more than 50 per cent of the industry’s workforce.

The tourism & hospitality industry advised the MHA to allow restaurants to work on take-away orders such that their kitchens and services can also be used to aid the government’s relief efforts. According to FICCI, the hospitality sector has also sought permission from the MHA to tie-up with aggregators for home delivery of food.