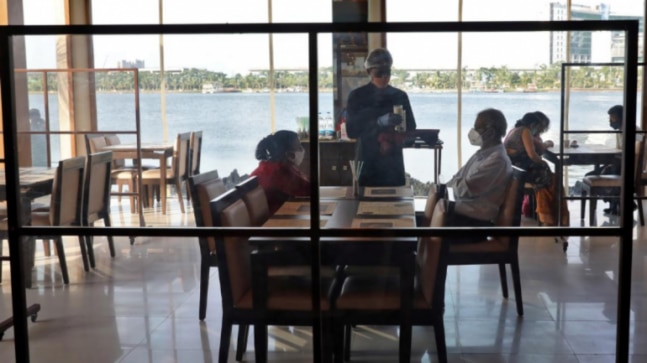 India’s crippled services industry, the lifeblood of economic growth and jobs, contracted sharply in June as an extended lockdown imposed to stop the spread of the coronavirus stalled business activity, a private sector survey showed.

Although the pace of decline moderated from May — the Nikkei/IHS Markit Services Purchasing Managers’ Index (PMI) jumped to 33.7 in June from May’s 12.6 — it remained a long way from the 50-mark separating growth from contraction.

June was the fourth straight month the index was sub-50, the longest such stretch since a ten-month run to April 2014.

“India’s service sector continued to struggle in June as the country’s coronavirus crisis worsened,” Joe Hayes, an economist at IHS Markit, said in a release.

“Simply put, the country is gripped in an unprecedented economic downturn which is certainly going to spill over into the second half of this year unless the infection rate can be brought under control.”

The lockdown of 1.3 billion people, which started on March 25, has been extended in some areas until the end of July as India now has over 600,000 coronavirus cases, fewer than only the United States, Brazil and Russia.

Although improved from May, sub-indexes showed domestic and foreign demand continued to decline sharply leading firms to cut jobs for the fourth straight month in June.

And with forward-looking indicators giving little hope for an imminent turnaround, firms were at their most pessimistic about the year ahead since the survey began in December 2005.

A composite PMI, which includes manufacturing and services, also pointed to a deep contraction in Asia’s third-largest economy, which a Reuters poll said shrank 5.2% last quarter. It registered at 37.8, up from May’s 14.8.

Also Read | Gross state domestic product of all the states to contract 1.4-14.3 per cent in FY21