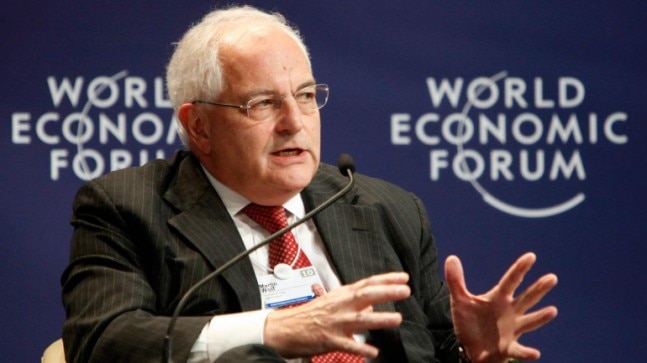 How will the global economic order look in a post-coronavirus world? How long will it take for economies around the world to recover from the shock of the novel coronavirus pandemic? And what impact will the near-global shutdown have on the world economy?

Legendary business journalist and commentator Martin Wolf is answering these questions and more at the latest session of the e-Concalve Corona Series, the online avatar India Today Group’s premier thought event, the Conclave. Wolf, the associate editor and chief economics commentator at the Financial Times, is in conversation with India Today’s Rahul Kanwal.

Here’s what Martin Wolf has to say on Surviving the Big Shutdown:

HOW DOES THE CURRENT CRISIS COMPARE TO PREVIOUS CRISES?

– It’s fundamentally different in its origin and nature… but in its intensity measured in the scale of the economic collapse we expect… it seems pretty clear that the output declines will be enormously greater… it is likely to be the greatest decline since the Great Depression.

– This choice [of lockdowns] is a forced one… if we just let the disease run rampant, it would first impose an enormous economic costs… costs directly in medical care and economic costs would be enormous.

– Now let’s suppose we contain the disease… the disease remains subdued… then the economy can go back to normal.

WHAT ECONOMIC MEASURES SHOULD WE TAKE?

– First, you have to use all medical resources you have and can create to deal with the medical side of the disease… We know India has a relatively limited health system so this is going to be quite a challenge.

– Then, you have to protect people who are dramatically affected… in the developed we have rightly put in place systems to protect the people’s salaries… this is aimed at people’s welfare… that’s what you want to do… this is enormously expensive… fiscal deficit will go up, public debt will rise. I think India needs to run a large fiscal deficit.

– At the end of this, there will be some businesses that will be completely devastated… the government will have to look at those industries and see what sort of bailouts are appropriate.

ON NEED TO OVERHAUL CAPITALISM

– I do think there are deeper, longer run questions about how capitalism has been operating… there are a number of questions about corporate governance, the tendency towards monopoly and the need for a very strong competition policy… and there are also question about globalisation though I remain a supporter.

ON THREAT TO GLOBALISATION

– What is happening in many countries is resurgent nationalism, blame shifting and a retreat from globalisation, which was already underway… this has merely accelerated it… it will be a very bad thing. But it is happening.

ON GLOBAL AND INDIAN ECONOMIC RECOVERY

– Globally, until we have got the pandemic under control GLOBALLY the world economy will not go back to normal… there’s a difference on how long that might be… i think the best estimate is that we are going to have weak recovery… if we open up lockdowns too soon we will have a W recovery… activity will recover, virus will spread and economic activity will go down again… this year will be terrible… could be twice as bad as the IMF has predicted.