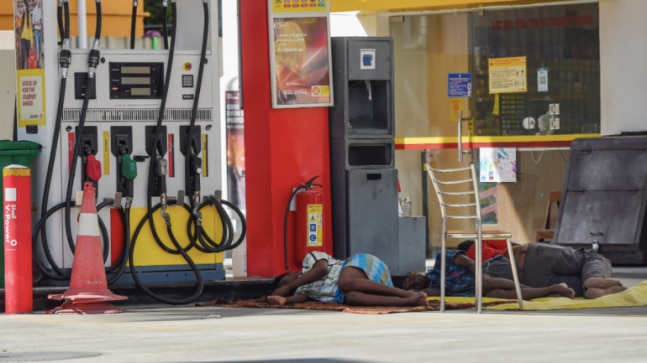 The price of diesel has been hiked by 13 paise on Wednesday and it is now available for Rs 81.18 per litre in Delhi. Petrol price, however, remains the same and has not been hiked since June 29. The price of petrol has remianed unchanged since June 29. (Photo: PTI)

The price of diesel has been hiked again after a fresh revision by oil marketing companies (OMCs) on Wednesday. The price of petrol remains unchanged. It may be noted that there has been no change in petrol price since June 29.

The price of diesel has been hiked by 13 paise on July 15 and it is now available for Rs 81.18 per litre in Delhi. Meanwhile, petrol price in the national capital remains unchanged at Rs 80.43 per litre.

In Mumbai, a litre of diesel will now cost Rs 79.40 after the upward revision in diesel price. Petrol price, however, remains unchanged at Rs 87.19 per litre.

While there has been no hike in petrol rates for the past few weeks, it still remains on the higher side with most cities and town paying over Rs 80 for a litre of petrol.

Diesel, too, is retailing at a much higher than usual and it is more than the price of petrol in the national capital. High diesel prices, according to reports, have slowed India’s pace of economic recovery.

It is worth mentioning that diesel, unlike petrol, is used for industrial purposes, farming and other activities. The rise in diesel prices, therefore, has slowed down many such activities. It has also resulted in higher price rates for vegetables and fruits in some cities.

Many protests were held in June by opposition leaders from the Congress against the non-stop hike in petrol and diesel price. However, there has been no reduction in the prices ever since OMCs restarted revision of fuel prices in June.