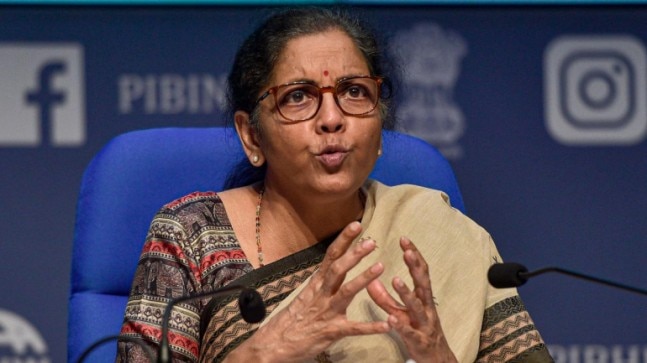 In her fourth tranche of support blueprint for the Atamnirbhar Bharat Abhiyan, Finance Minister Nirmala Sitharaman opened up avenues for the private capital in eight sectors — coal, minerals, defence production, civil aviation, power distribution, social infrastructure, space and atomic energy — but stops before opening it up completely. Those who understand these sectors say that Nirmala Sitharaman indeed took many steps forward.

Nirmala Sitharaman is required to thread a tightrope to make it happen as well. Even before Nirmala Sitharaman could finish her address to scribes, the Bharatiya Mazdoor Singh (BMS) sent their note to the reporters opposing her liberalisation plan.

Ruling BJP’s ideological parent RSS’s affiliate, BMS is already upset with the government for their ‘indifferent’ approach towards the suspension of the labour laws by the Uttar Pradesh, Madhya Pradesh and Gujarat governments, which are all ruled by the BJP. And now, they fear that the privatisation would create more job losses in these public sector-centric sectors. But Nirmala Sitaraman articulated that the balance is needed to move forward.

“India must prepare for tough competition that will enable us to counter challenges of global value chains, reiterated Sitharaman laying down the true meaning of ‘ Self-Reliant Bharat’.”

The biggest reform, Nirmala Sitharaman announced, is the assurance of breaking the ring of the public sector monopoly in the space and atomic energy sector along with deepening the reforms in the power and civil aviation sector and the reattempting efforts to attract private funds in the defence production, civil aviation, coal and mining sectors.

Can India make the private players part of the space sector story? At least, Nirmala Sitharaman wants us to believe that the government is paving paths for them to be partners in the launches, satellite services. She assured that the private players will be provided with the level playing fields, through predictable policy and regulatory environment.

At present, the state-owned Isro has a monopoly on the country’s space programme. The entrepreneurs will be engaged in future projects for planetary exploration, outer space travel etc to be open to the private sector. Apart from this, she assured that the policy governing geospatial data for providing remote-sensing data will be liberalised for the tech-entrepreneurs.

Similarly, in the new post-coronavirus era, the finance minister said, the research reactor will be made in the public-private partnership (PPP) for the production of the medical isotopes to develop the affordable treatment of cancer and other diseases. She said that the country’s robust start-up eco-system will be linked to the nuclear sector for the faster synergy between research facilities and tech entrepreneurs.

Both these sectors are new for the Indian private sectors. At best, the private players are engaged to supply certain equipment and services to Isro and the atomic research institutes. If we piece together Nirmala Sitharaman’s interaction with the scribes, the country is moving towards making the private players equal partners in this journey.

There are very few countries, like the United States and Japan that allow the private players to own or launch their own satellites or be part of the atomic and space programmes. The private players will be allowed to use Isro facilities and other relevant assets to improve their capabilities.

Understandably, Nirmala Sitharaman was going slow in opening up these segments gradually for the private funds.

Apart from the corporatisation of the ordinance factories and enhancing the manufacturing of certain type of weapons, spares and components in India, Nirmala Sitharaman tried to liberalise the FDI norms further, liberalised to attract the foreign defence manufacturers.

The existing 49 per cent norm for automatic clearances is stretched to 74 per cent. But the controversial transfer of technology and inefficacy of the domestic players will continue to be irritant for the foreign investors in the defence production. Nirmala Sitharaman held backs here too.

For the aerospace, she laid down the plan of making country an international hub for maintenance, repair and overhaul (MRO) of aircraft. At present, the country has very limited MRO facilities and the private sector aircraft go to either Dubai or Sri Lanka for their services and repair.

The 2019-20 economic survey estimated that Indian carriers import MRO services worth Rs 9,700 crore, if the fleets grew by 100 aircraft every year, these imports will grow to roughly around Rs 21,600 crore.

“Not just civil aircraft but defence aircraft can also benefit from the MRO if we make India a huge hub … Maintenance cost for all airlines will come down and that again will have a ripple effect on passenger fares,” Nirmala Sitharaman said.

The experts believe that once the Centre starts pushing all the union territories to sell the distribution companies to private players, the states might feel encouraged to do so. But the electricity tariffs are political hot potatoes, and the state government do want to keep them in their control.

The finance minister also assured that the new tariff policy is coming which would make the distribution companies more accountable and would face penalisation, if they would opt for load shedding. Separately, Union Power Minister RK Singh added that the tariff policy, which is overdue by at least 12 months, will be tabled at the Cabinet meeting next month.

“Many sectors need policy simplification,” Nirmala Sitharaman said. The private players have burnt their fingers in the mining sector. Although, Nirmala Sitharaman pushed for simplification of several rules to iron out glitches; for example, with no distinction between the captive and non-captive mines, which will allow the transfer of mining leases.

She further stated that the relevant agencies will be auctioning 50 new coal and 500 mineral blocks under commercial mining. In the budget session, Parliament passed the bill to break the monopoly of PSU Coal India, along with the new law removed the end-use restrictions for the participating in the mine auctions.

CIL has already started shifting the offices of all its seven subsidiaries to their respective headquarters. This is seen as its first step towards breaking the behemoth call mining major, to create competition in the market before the private and global players set in.

Meanwhile, Rs 50,000 crore is set aside for building the railway network and sidings to evacuate the coal from the mines. Along with this, a joint coal and bauxite mineral blocks will be introduced. This was the demand of the private players for decades.

But Nirmala Sitharaman stopped before opening up new mineral sectors for the private players.

At present, bauxite, Iran ore and to some extent zinc is allowed to be mined by the private players. The PSUs are squatting on mineral mines critical for the industry; such as copper, rare materials, gold etc but she might have to choose some other opportunities to seek investments from the private players to open up these mines.

Nirmala Sitharaman tried to sell the story of liberalising India but, she understands the handicap of keeping the ideological siblings along. Many of these liberalisation steps will have backlash from them and balancing them and moving ahead should be her call. At least, she is showing these resolve.