Covid-19: Firms explore a non-China address. Can India give them a pin code? 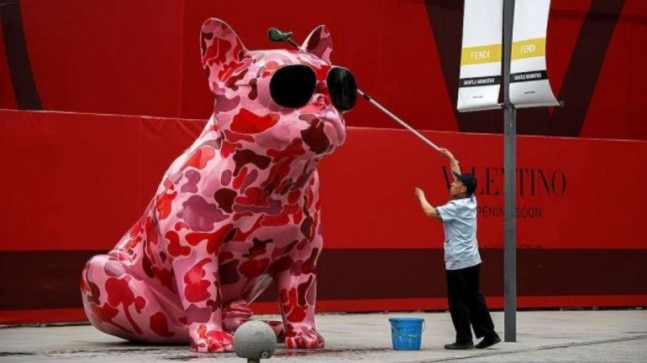 On April 13, US parliamentarian Mark Green introduced a bill in the House of Representatives to encourage American companies to shift their manufacturing bases from China. If passed, the bill will see the US government pay for the cost of shifting the bases of such companies out of China.

This reflects American anger against China in the wake of its role in alleged cover up of coronavirus pandemic in the country in December and January during which it spread to many parts of the world.

Green said the US should bear 100 per cent relocation cost from the tariff that President Donald Trump has imposed on Chinese products in the trade war between the two countries over past couple of years.

The US-China trade war has only intensified in recent weeks with Trump scaling up his outbursts against the Xi Jinping government holding it responsible for the Covid-19 pandemic and resultant economic crisis.

While the bill awaits a date of voting, Japan has displayed firmer intent to help companies shift out of China in the wake of Covid-19 crisis. The revived US-China trade war makes large firms uncertain about their future despite suitable infrastructure in the country.

Japan last month announced setting aside $2.2 billion as economic support package to help its companies shift its production units out of China. The package promises support to companies even if they relocate their manufacturing bases to other countries. They just have to agree to move out of China. A total of $200 million is earmarked for such relocation.

Some reports also suggest that the companies are exploring the idea of shifting their bases to other countries including India. Taiwan, South Korea and Singapore appear to be early gainers.

India hopes to emerge as long-term beneficiary of this anger and uncertainty about China. Some of the global firms who have shown interest in shifting to India include American technology product companies Teledyne and Amphenol, and medical equipment makers Johnson and Johnson. Some auto parts manufacturers are also exploring the possibilities in India.

The fact that companies are considering India as an option shows that sheer number of coronavirus cases is not the determining factor here. India has many more Covid-19 patients than China.

But does India have the kind of business environs that China offers in terms of infrastructure, land and labour laws, ease of doing business, law and order situation, and availability of skilled labour?

China has a more integrated political system where decisions taken at the top of the leadership is followed in letter and spirit at the ground. India presents a vibrant model of democratic governance where each unit can take independent decision. This has been found to be the reason for undue delay and political controversies in setting up of any big industry anywhere.

Industrialists are often heard complaining that despite India improving its rank in ease of doing business, they have to take nearly two dozen approvals from various government agencies for setting up a business even in the most industry-friendly states such as Tamil Nadu or Maharashtra.

Identifying a land and preparing the blueprint for a manufacturing unit is least of the worries for an industrialist in India. Acquisition of land, construction of building at the site, getting quality power connectivity or pressure-free hiring of required skilled labour, all takes months and often marred in controversies involving politics.

The government has formed a committee of bureaucrats from different ministries to see what can be done to attract not only foreign investment but also manufacturing units based in China.

Recently a business portal reported that India is preparing a land-pool twice the size of Luxembourg to attract firms willing to relocate their manufacturing units from China. Land acquisition has been the biggest roadblock in India’s emergence as global business hub.

Given the nature of India’s political system, the states have a major role to play in attracting companies from China. A couple of states such as Tamil Nadu and Uttar Pradesh have announced their intention to lure China-based companies.

Uttar Pradesh has set up a task force for the purpose. Its chief minister, Yogi Adityanath recently held a video-conference with a group of American business leaders. His government is in the process of preparing a package to attract American companies to Uttar Pradesh.

Tamil Nadu Chief Minister EK Palaniswamy has also set up an investment promotion task force to engage with companies willing to move out of China. The task force is understood to have reached out to MNCs from the US, Japan, South Korea, Taiwan and Singapore. Among other things, Tamil Nadu is promising fast-track clearance for setting up units in the state.

In its Rs 21 lakh Covid-19 package, the central government too promised certain reforms including labour reforms and a shift in policy towards priority purchase from India-based manufacturing units. This is a key difference in the government’s policy under Aatma Nirbhar Bharat initiative from much-hyped Make In India campaign.

However, a lot depends on the states. Land, labour and law and order are state subjects. And, these are what concerns most companies that look for shift closer to its market – India is a dream market with rising middle class for global firms.

If India has to replace China as the manufacturing hub of the world in coming years, it has to bring structural reforms to make doing business easier.

India needs to move fast as Covid-19 sentiments may not remain the same as it is today and also because it is not the only country in the race. Once the dust settles, those who fail will rue the missed chance thrown up by coronavirus pandemic.