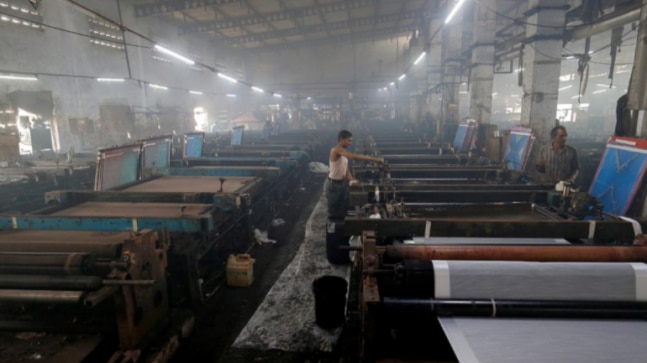 As several countries around the world restart economic activities amid a trail of devastation left by the coronavirus pandemic, India continues to struggle both financially and in terms of rising cases.

Experts say that the long-term impact of the pandemic will last much longer in India due to the country’s vast population and comparatively low-income levels. Some have pegged the aftermath of the crisis to last for 18 months minimum.

They also fear that India’s economic recovery could be much slower as a bulk of revival plan focuses on boosting credit availability without offering clear-cut measures to support immediate employment generation or increase demand.

While the government’s Covid-19 relief package bets big on building a strong social framework for India’s working class, only a small amount of the package forms the fiscal support that is required to support sectors that employ these workers.

But India’s revival strategy, unlike other emerging economies, lacks direct fiscal support. At the most, the government’s economic relief package can be lauded for dealing with the situation cautiously, which leaves more headroom in dealing with the crisis in phases.

No relief in sight

Many global financial firms including Goldman Sachs and Barclays say the amount of direct fiscal or cash support announced by the government is a fraction of the Rs 20.97 lakh crore package.

A Barclays report suggested that the actual additional cost of the government’s Rs 21 lakh crore stimulus package is not greater than Rs 2.5 lakh crore, roughly 1.2 per cent of the Gross Domestic Product (GDP). Some economists peg the actual relief package even lower.

Though there are some measures offering immediate assistance to small businesses and migrants labourers, experts say these are not enough to tackle the immediate cash crisis that has gripped a bulk of India’s population.

India’s relief package, pegged at over 10 per cent of GDP, is one of the biggest offered by any country on paper, but as former finance minister and noted economist P Chidambaram said, “The devil lies in the details.”

Goldman Sachs economists Prachi Mishra and Andrew Tilton recently wrote that the measures taken by the Modi government are mostly “medium-term” in nature and will not help in kickstarting the battered economy.

For instance, allocating Rs 3 lakh crore emergency working capital for businesses including MSMEs is a move that welcomed by many industry leaders. But at the same time, experts fear that the new emergency credit line, up to 20 per cent of outstanding loans of eligible MSMEs, may not be enough to boost the sector’s output

Meghna Suryakumar, founder and CEO, Crediwatch, said, “While this (collateral-free loans) extends the previous loan moratorium benefits, the new terms should benefit as many as 45 lakh businesses and help with working capital requirements in coming days.”

Suryakumar also said that the eligibility threshold – MSMEs with Rs 25 crore outstanding or Rs 100 crore turnover – for availing the loan is a step in the right direction. However, she wondered if banks will be able to “underwrite such unsecured loans fast”.

“The real need of the hour is to move cash-flow based lending,” she added.

Anuj Aggarwal, Co-Founder and CFO, 247around, agrees with Suryakumar. According to him, not all MSMEs may benefit from the provisions announced by the government.

“Since MSMEs which don’t have existing loans or are not stressed/NPAs fail to qualify for the emergency credit line, I believe many small enterprises would not be able to solve their current issues like paying salaries, making vendor payments and buying material etc,” Aggarwal said.

“And this would be a disappointment for those. We are still checking the finer details and discussing it with experts,” he added.

It may be noted that India has over six crore MSMEs and the government’s benefits may offer incremental short-term benefits only to 50 lakh odd MSMEs. That is just around 8 per cent of total MSMEs in the country.

But at a time when demand has hit rock bottom and companies are failing to pay salaries of regular employees, it is unlikely the reduction will have any marked benefits.

Sumit Batra, a tax and corporate law expert, said it is a positive step, but wondered whether business will be as usual for contractors, professionals and agents.

“In case the revival across sectors is not seen as being planned/projected, the relief by way of this reduction will be minuscule,” Batra said.

After facing criticism for announcing a tepid relief package in comparison to other emerging nations, Finance Minister Nirmala Sitharaman defended the government’s relief package, saying that spending recklessly could put the country in deeper trouble.

However, IndiaToday.in spoke to many small businesses owners who said lending more is not an option for them at the moment as they are uncertain about the demand outlook.

Lakhs of MSMEs depend on demand from sectors like automobiles, aviation, hotels, restaurants and tourism – all of which are mostly out of action at present. It may be noted that the government’s relief package hardly introduced any direct support for these sectors.

With all of these sectors facing a severe cash crunch, demand has plummeted, forcing smaller companies dependent on these sectors for business to lay off thousands of employees.

According to Dun & Bradstreet’s latest Economic Observer, the country’s economic recovery will depend on the “efficacy and duration of implementation of the government’s stimulus package”.

Economists also agree that most of the immediate measures introduced by the government address supply-side concerns, even as demand outlook continues to fall.

Even bigger players in the industry like Rajiv Bajaj, the managing director of Bajaj Auto, expressed dissatisfaction after the government announced its relief package. He said industry leaders should honestly speak out about the present situation or it could lead to a bigger demand crisis in future.

He mirrored views shared by many other economists who have asked the government to provide direct income support as smaller companies are less likely to take loans and protect employees.

Bajaj backed it up by saying that many western countries are providing direct income support to people who have either been furloughed or played off in the wake of the crisis.

Ram Iyer, founder and CEO, Vayana Network, a B2B network that offers supply chain financing, said, “Various sectors that depend on consumers’ behaviour will take a lot of time to recover post the lockdown period.”

“The time frame is quite uncertain in the present situation, but it may take about 12 to 18 months to get back to normal.”