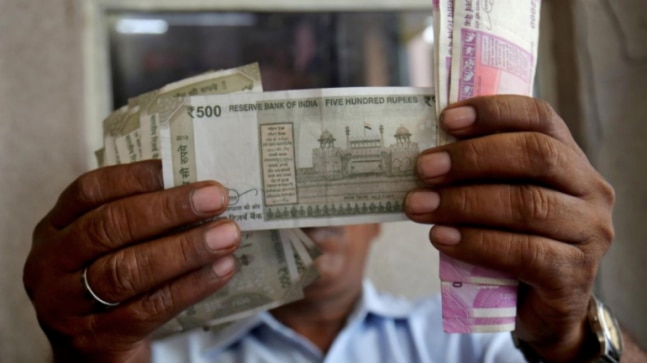 Loans worth over Rs 6.45 lakh crore were sanctioned by PSBs between March 1 and May 15, according to finance ministet’s office. (Photo: Reuters)

Finance Minister Nirmala Sitharaman’s office on Tuesday said in a tweet that Public Sector Banks have sanctioned Rs 6.45 lakh crore in loans to smaller businesses, retail, agriculture and corporate sectors during from March 1 to May 15.

A tweet from Finance Minister Nirmala Sitharaman’s office said, “Loans worth over Rs 6.45 lakh crore were sanctioned by PSBs during March 1 May 15 for 54.96 lakh accounts from MSME, retail, agriculture and corporate sectors; a notable increase compared to the Rs 5.95 lakh crore sanctioned as of May 8.”

“Public Sector Banks sanctioned over Rs 1.03 lakh crore as emergency credit lines & working capital enhancements in the period March 20 to May 15, which is a substantial increase over the Rs 65,879 crore that had been sanctioned up to May 8,” the tweet added.

Loans worth over Rs 6.45 lakh crore were sanctioned by PSBs during March 1 May 15 for 54.96 lakh accounts from MSME, Retail, Agriculture & Corporate sectors; A notable increase compared to the Rs 5.95 lakh crore sanctioned as of May 8. @FinMinIndia @RBI @DFS_India @PIB_India

While economists expect government announcements to bring medium-term relief to affected sectors, they explained that the package has little cash support to deal with the immediate shock due to the prolonged 50-day plus lockdown.

The Reuters report quoting economists said that India’s economic package may not be enough to deal with the magnitude of India’s current financial crisis.

Meanwhile, Goldman Sachs in a note said it expects a slow recovery for the Indian economy, but after a sharp fall of 45 per cent in the June quarter.