Coronavirus pandemic to leave a legacy of unprecedented global debt 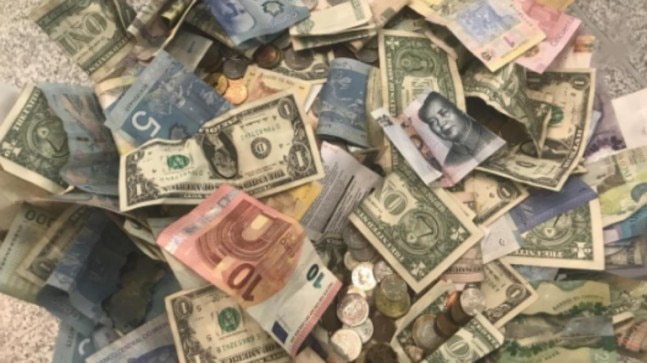 Enormous doses of stimulus spending are offering relief from coronavirus damage but their lifelong legacy of debt could seed future crises by hobbling economic growth and worsening poverty, especially in developing countries.

Central banks and governments worldwide have unleashed at least $15 trillion of stimulus via bond-buying and budget spending to cushion the blow of a global recession tipped to be the worst since the 1930s.

But the steps will pile even more debt on countries already struggling with the aftermath of the 2008-9 financial crisis – total global debt has risen $87 trillion since 2007, and governments, with $70 trillion, accounted for the lion’s share of that increase, the Institute of International Finance estimates (IIF). This year alone may see the global debt-GDP ratio rise by 20 percentage points to 342 per cent, the group said, based on 3 per cent economic contraction and a doubling in government borrowing from 2019.

Taking on that kind of debt doesn’t go unpunished: the most pain will be in highly indebted states, whether relatively wealthy ones such as Italy, or those such as Zambia which were already under strain before the virus hit and are now careering towards default.

But not even the richest will be spared. Rising debt could lose Germany and the United States their triple-A credit ratings, while governments will increasingly rely on central banks to keep borrowing costs in check or even directly finance spending for years to come.

“Historically, whenever countries step up debt levels, things change,” said Mike Kelly, global head of multi-asset at PineBridge Investments. “This crisis…has taken us back to the slow-growth trap that we had just started to shake off in 2016-2019.”

The challenge for policymakers in coming years will be to find a way to “grow into this massive debt-GDP structure we’ve found ourselves in almost overnight,” he predicted.

For now, with the world economy staring at a 5-6 per cent contraction this year, the additional borrowing and spending is a lifeline. The International Monetary Fund estimates public deficits as a percentage of national income will jump to almost 10 per cent this year from just under 4 per cent in 2019.

Even European powerhouse Germany is taking on new debt for the first time since 2013, while the U.S. Treasury’s second quarter borrowing will amount to almost $3 trillion – more than five times the previous record.

US federal debt held by the public, a gauge tracked by the Congressional Budget Office, will rise to 100 per cent of GDP this year – levels last seen in the 1940s – and approach 125 per cent by 2030, Deutsch Bank calculates. It was 79 per cent in the 2019 fiscal year.

Eventually though, debt can drag on economic growth if countries start to spend more and more of their annual income on paying creditors, a position developing countries have endured time and again.

Accelerating economic growth in those circumstances is like “trying to fly when we were already carrying a lot of debt and now we are adding more,” OECD Secretary-General Angel Gurría told an FT online conference this week.

“The ability to control interest rates and keep rates low is a key parameter for keeping debt servicing costs low and we expect that to continue,” said Eric Brard, head of fixed income at Amundi.

The trend will gather pace in the United States and Europe too, with central banks soaking up much of the excess debt.

But in some countries, average GDP growth has crawled along well below interest rates for years, meaning debt ratios were rising relentlessly even before coronavirus hit. Italy, for instance, has not benefited from five years of low interest rates, noted Kevin Thozet, a member of the investment committee at Carmignac.

“Italy’s debt, at around 135 per cent of GDP, is likely to rise to around 170 per cent – those levels are not sustainable so it either needs rapid growth or debt mutualistation,” he said. He was referring to the idea of pooling European risk across all member states, something wealthier countries are resisting.

According to Pictet Asset Management, Greece had the worst debt sustainability at the end of 2019 among developed countries, followed by Italy, Japan, Belgium and Britain.

However, Italy and other southern European states have the might of the European Central Bank backstopping their borrowing, a luxury most developing countries lack.

Central banks in about a dozen emerging economies have started their own quantitative easing programmes. Yet without big domestic savings pools, most rely on foreign investors to cover balance of payment deficits and underpin currencies.

That, along with inflation risks, constrain how much money they can print to support growth. Bond buying programmes in Brazil or South Africa could see real interest rates at the back end of the yield curve push up sharply, said Manik Narain, head of EM strategy at UBS.

“How can South Africa service debt at 10 per cent? This debt becomes unsustainable and creates a crisis – at best it will pull GDP growth down,” he said.

The dynamics could put some developing economies on track for another devaluation and inflation cycle, said analysts.

Some countries such as Brazil and South Africa have for years grappled with annual growth below 2 per cent, while interest rates were as high as 14.25 per cent and 7 per cent respectively.

BofA calculates public debt could hit 77.2 per cent of GDP by year-end in Brazil and 64.9 per cent in South Africa. A decade ago, they were around 61 per cent and 35 per cent respectively, IMF data showed.

“The long-term worry is – who is going to pay for this?”

IndiaToday.in has plenty of useful resources that can help you better understand the coronavirus pandemic and protect yourself. Read our comprehensive guide (with information on how the virus spreads, precautions and symptoms), watch an expert debunk myths, and access our dedicated coronavirus page. Get the latest on coronavirus here.