Coronavirus: Govt may announce another measure to prevent jobs cuts 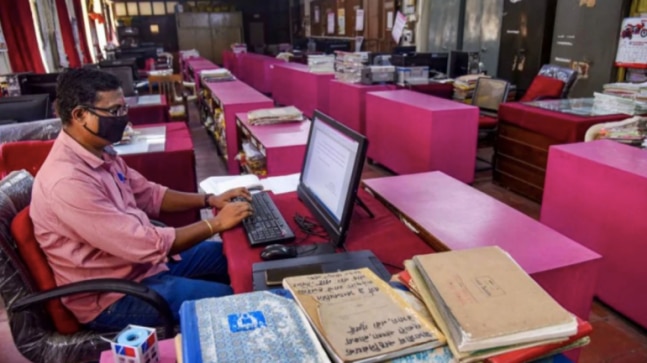 A fresh report indicates that the government is planning another relief package to prevent job losses. A part of the plan entails extending the entire Provident Fund (PF) contribution at more firms.

The government is planning to extend the PF benefit for companies which have more than 100 employees to prevent job cuts. (Photo: PTI/Representational image)

At a time when reports of job losses across sectors have kept citizens on the edge, the government is planning to extend provident fund (PF) benefits for more companies.

The government is likely to extend the PF benefit and take up employee and employer’s PF contribution at firms which have over 100 employees as part of another economic relief package, reported The Economic Times.

This would be an extension of the PF benefit initially announced by Finance Minister Nirmala Sitharaman to cushion the economic impact of Covid-19 pandemic.

Earlier, Sitharaman announced that the central government will bear the entire PF contribution of those earning up to Rs 15,000 or less in companies with a 100-employee cap for three months. The government said it would cost an estimated Rs 4,800 crore to provide the relief.

Now, the fresh report suggests that the government is planning to extend the PF benefit for companies which have more than 100 employees to prevent job losses.

Speaking to the publication, an official said the government is comparing two scenarios at present — to either do away with the PF benefit cap entirely or to substantially increase it to accommodate companies that employ more than 100 people.

It is worth noting that PF monthly PF contribution is 24 per cent of an employee’s basic pay. Of that, 12 per cent is given by employees and an equal amount is contributed by the employer.

Under the given circumstances, such a measure may prove helpful in limiting job losses but it may take further measures to reduce job losses amid the lockdown, which has resulted in immense losses at some of the top companies in India.

While many have been laid off, several other employees who have not been laid off have been sent on either leave without pay or asked to take a pay cut. They, too, are facing the financial impact of the lockdown.

It remains to be seen whether the government’s upcoming relief measure addresses issues related to rampant job losses in the country.