Classify districts into zones on basis of their contribution to GDP: CII’s strategy note 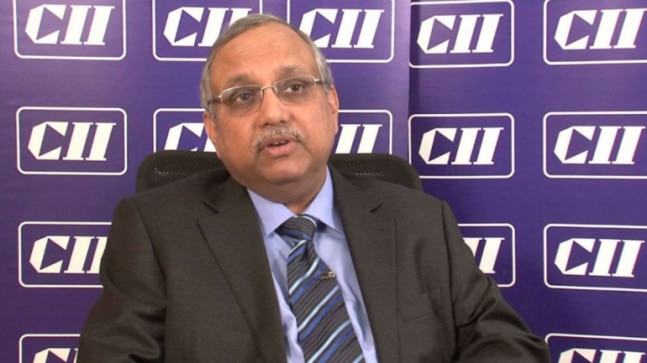 The Confederation of Indian Industry (CII) on Monday called for the economic contribution of districts to be taken into consideration while classifying districts into green, orange and red zones.

In a recommendation report submitted to the Union government, CII said that industrial business operations in high economic activity zones should be resumed, including in containment zones but with the highest level of safety protocols. “A Strategy Note on Resumption of Economic Activities in Industrial Areas” report by CII also suggests several measures to exit the nationwide lockdown.

“The third phase of lockdown necessitates a focused strategy to minimize economic contraction due to Covid-19, without compromising on efforts to control the contagion. Prioritizing districts with a heavy presence of economic and industrial activities with continued operations accompanied by strictest precautions can help enterprises to remain financially sustainable while averting job losses,” Director General, CII, Chandrajit Banerjee said.

In its strategy note, CII stated that the top districts should be identified based on variables like their contribution to the country’s GDP, or presence of industrial estates and clusters or registration of enterprises in a district.

Instead of the current practice of classifying the entire district as a red zone, CII has suggested the need for classifying zones into containment, orange and green within an industrial district. Economic activities, in varying degrees of relaxation, should be permitted in all areas of this district but health and safety protocols would differ from zone to zone.

The containment zone may be a street, mohalla, or factory building where positive cases have been detected, said CII in its report.

CII has suggested that close surrounding areas can be classified as orange zones where industrial activity can continue but with strict precautionary measures and monitoring. The distinction of essential and non-essential items should be removed, and all factories should be permitted to restart.

Industrial units in containment zones where no positive cases have been detected can be allowed to operate if workers can be restricted to the premises or within walkable distance, as per the CII note. Raw materials and finished goods should be disinfected and kept separately for 72 hours before use as permissible by health authorities.

Maximum precautions and safety measures in the form of masks, repeated sanitation, restricted movement of people and vehicles and group testing, among others, can be carried out regularly in such containment zones, noted CII.

Director-General, CII, Chandrakant Banerjee said, “Aggressive measures are required to ensure that an industrial district moves from red to orange and green within 21 days. The cost of undertaking precautionary measures by way of repeated sanitation, wearing of PPE, masks, monitoring, group testing, etc. will be much less than the economic loss if businesses in such high performing districts have to remain shut for a longer duration.”

The industry body also submitted that all industrial units, including in non-notified industrial areas and standalone units, be allowed to function in urban areas. These should include non-essential goods and services as well. CII also called for limited public transport to function to enable workers and self-employed people to reach the industrial areas.

Green zones within an industrial district, on the other hand, should be allowed to work with relaxed restrictions but in strict adherence to health and safety protocols prescribed by the authorities.

There should be a real-time availability of data on all types of zones within the industrial districts. The authorities may also provide updated information on Aarogya Setu App, other mobile applications, local newspapers, radio, TV and online channels, said CII.