Boycotting China needs time. Here’s what India can do 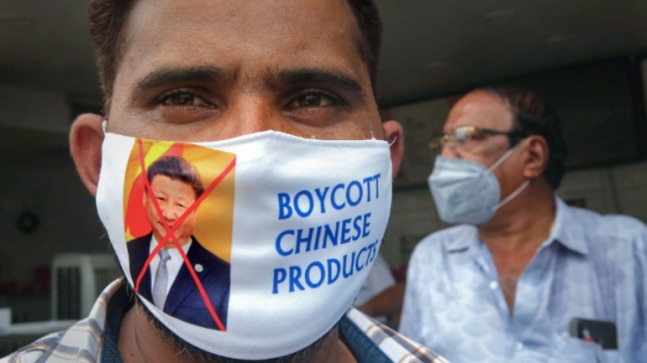 A tense situation prevails between India and China after the recent border clash at Ladakh’s Galwan River Valley, which led to the death of over 20 Indian soldiers. The episode has sent shockwaves through the entire nation, with many industry and trade bodies demanding an immediate boycott of all Chinese goods and services.

The government has even initiated some action on the economic front, but avoided any direct statement on immediately boycotting goods from China. And the government has a good reason to not go for an outright ban on Chinese goods.

Many experts believe that boycotting China immediately could do more harm than good and added that India needs a sustainable and gradual plan to reduce its dependency on Chinese goods and investments.

China is India’s second-biggest trading partner after the United States. Scores of exporters and MSMEs across sectors — ranging from textile, electronics, pharma, chemicals and auto — depend on China for raw materials and other cheap goods needed for production.

Every year India households also purchase millions of Chinese goods. Reason? Some of the China-made goods sold in India are the cheapest in class —from fancy Diwali lights to cheap mobiles and electronics.

In fact, China has been able to position itself as a global manufacturing hub only because it offers the cheapest rates for finished goods and raw materials.

Therefore, experts say that boycotting China immediately would force companies to pay more for acquiring raw materials. And in the absence of cheaper goods, India’s local businesses may suffer.

The Federation of Indian Export Organisation recently told news agency Reuters that it may not be feasible to boycott Chinese goods immediately as India heavily relies on some imports.

IndiaToday.in recently reported that Chinese FDI in India officially stands over $2.34 billion, while some think tanks peg the amount at over $6 billion. India also has a major bilateral trade deficit with China, which makes it tougher for New Delhi to take a firm call to boycott all trade with the neighbours.

While boycotting China upfront will hurt the interests of millions of middle-income citizens and businesses, gradual steps towards reducing the trade deficit and localising manufacturing units could help benefit India.

Besides setting up more local assembly units, experts feel that India should focus extensively on generating local employment through schemes like ‘Make in India’.

India Today Insight | Made in China is here to stay

Another important goal that India should actively look at is is developing infrastructure. Experts believe that a local infrastructure development push is likely to attract foreign investment and businesses, given India’s cheap labour cost.

The coronavirus crisis could very well turn out to be the opportunity India needs to realign itself and become a global manufacturing hub.

For that, the government needs to be clear with its message and policies to help businesses create a favourable environment for the transition.

For instance, India is overwhelmingly dependent on China in sectors such as pharma and electronics. The government could offer fresh concessions to promote new policies to help such sectors become ‘self-reliant’.

Experts say that the end goal should be to increase competitiveness among local firms and also offer them space to aggressively increase local production of both finished goods and raw materials.

The task seems daunting as India is going through a severe economic crisis and it may take a while for the country to get back on its feet. However, experts from various sectors say this calculated approach is better than calling for an immediate boycott of Chinese goods.

Also Watch | Amid boycott calls, imports from China held up at ports since June 22