According to the network approach (Johanson and Mattson 1988) internationalization is seen as a process in which relationships are continuously established, developed, maintained and dissolved with the aim of achieving the objectives of the company. Relationships are developed through interaction in which the parties build mutual trust and knowledge. These relationships are connected by networks that consist of several companies including customers, competitors, supplementary suppliers, suppliers, distributors, agents, and consultants as well as regulatory and other public agencies (Johanson and Vahlne 1990).It is assumed that without a good network in international markets the company will have problems with future growth. According to Johansson and Mattson (1988) the internationalization of the company begins with the company being initially engaged in a network that is primarily domestic. The company then internationalizes by developing relationships in networks in other countries.

The main purpose of these networks particularly for born global – is related to reducing the uncertainty in the beginning of the cooperation with new partners (Solberg 1999).The network approach can according to Johanson and Vahlne be seen as an extension of the internationalization process. They state that an extension to take into account the network perspective should make the concepts “commitment, knowledge, current activities and commitment decisions” as multilateral rather than unilateral as in the original model. This means that the process is also inter organizational and not just intra organizational (Johansson and Vahlne 1990: 19).

The importance of company and personal relationships varies related to different industries and countries. It is indicated by Johanson and Vahlne (1990) that networks are especially important in turbulent, high technology industries.

A study by Lindqvist (1988) of the internationalization process of small high tech companies shows that some do not follow the traditional internationalization pattern, but go directly to more distant markets and more rapidly set up their own subsidiaries. One reason for this seems to be that the entrepreneurs behind these companies have international networks of colleagues dealing with the new technology. Literature on Internet enabled internationalization Internet’s applications include both being a vehicle that enables more efficient processes of conducting international business and a tool for promotion, information and communication (Hamill and Gregory 1997, Samiee 1998). Samiee (1998) argues that the use of the Internet may enable business processes that traditionally have been performed manually to be automated. Bidding, purchasing, inventory management, and order/shipment tracking are examples of processes that have the potential of being automated through the Internet in an international setting. The Internet can also be deployed as a vehicle for revenue enhancement, for example, direct sales, promotion, and as a communications tool (Samiee 1998). Putting up a website can according to Hamill and Gregory (1997) provide an attractive, low-cost method of sales promotion and advertisement to global customers, including brand name recognition, public relations, press releases, corporate sponsorship, direct sales, customer support and technical assistance. According to Quelch and Klein (1996) the internet will revolutionize the dynamics of international commerce and in particular lead to more rapid internationalization of small companies. Several factors point in that direction. In particular, they expect the competitive advantage of scale economies to be reduced as a consequence of the Internet, making it easier for small companies to compete internationally. Global advertising costs, as a barrier to entry, are also expected to be reduced given the global customer reach at a lower cost of the Internet. Furthermore, companies offering specialized niche products will be able to find the critical mass of customers necessary to succeed through the worldwide reach of the Internet.

Sourcing Agents – How Do They Increase the Profitability of an International Business? 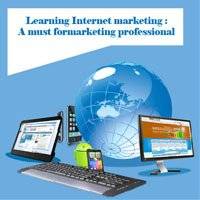