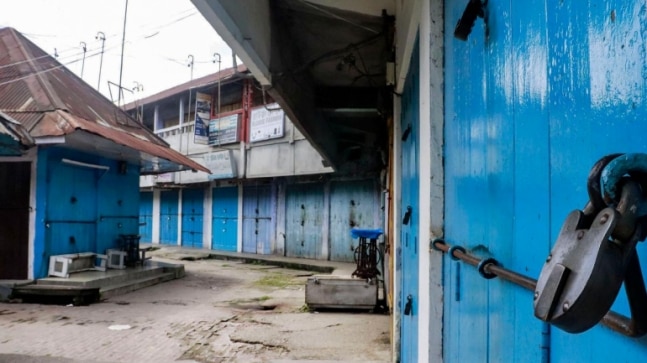 Startups in India are suffering dearly because of the novel coronavirus.

The responses were gathered by The Federation of Indian Chambers of Commerce and Industry (FICCI) as part of its nationwide survey ‘Impact of Covid-19 on Indian startups’. This survey was conducted jointly with the Indian Angel Network (IAN). A total of 250 startups and 61 incubators and investors participated in this nationwide survey

In its survey, FICCI found that the Covid-19 pandemic has had an unprecedented impact on Indian businesses and more so for SMEs (Small and Medium Enterprises) and startups. The figures indicate that 22 per cent of the startups in India have cash reserves to meet fixed cost expenses over the next 3-6 months.

A startling 68 per cent of startups in India are cutting down on their operational and administrative expenses. Meanwhile, close to 30 per cent of these companies said they will have to lay off employees if the lockdown in their respective states is extended any further.

Companies that are not laying off employees have had to cut salaries. As per FICCI, 43 per cent of Indian startups have already initiated salary cuts in the range of 20-40 per cent over the period of April-June 2020.
While cash reserves are depleting, investments across the board seem to be dipping.

A dismal 8 per cent of startups in India received funds in accordance with deals signed prior to the Covid-19 outbreak. Reduced funding has led startups to put business development and manufacturing activities on hold resulting in loss of projected orders.

Most of the companies are waiting for relief packages, including possible purchase orders from the Centre and state governments along with tax relief or swifter tax refunds. They are also hoping for immediate fiscal support measures in the form of grants, soft loans, or payroll grants.

Responses revealed that 96 per cent of investors believe their investment in startups have been impacted by the pandemic while 92 per cent maintained that they will continue to invest low in startups at least for another six months.

We would prefer to work with existing companies in our portfolio in the coming months, said 59 per cent of investors. At the same time, 41 per cent said they would consider new deals on the table.

As many as 35 per cent of investors are now looking at investments in healthcare startups followed by Ed-Tech, AI/Deep Tech, Fin-Tech, and Agri revealed a comparison of decisions in key investment sectors prior to and during the pandemic.

In its reports, FICCI stated that 44 per cent of the incubators surveyed highlighted that their day-to-day operations have been considerably impacted by the Covid-19 outbreak. Most of the incubators are now supporting their portfolio companies by providing them virtual platforms to interact with mentors, investors, and industries.

Secretary-General of FICCI, Dilip Chenoy said, “The startup sector is stressed for survival at the moment. The investment sentiment is also subdued and is expected to remain so in the coming months. Lack of working capital and cash flows may lead to major layoffs over the next 3-6 months by startups. The survey indicates that Indian startups need an enabling ecosystem and flow of funds to continue operations.”

Adding to that, Chairman of FICCI Startup Committee and founder of HCL, Ajai Chowdhry said, “The startup sector should be viewed as a propellant for the country’s growth and a contributor to India’s vision of being Aatmanirbhar. Startups have a huge potential to innovate. However, in the current times, startup companies are reeling under huge pressure owing to a lack of working capital. We need to act now to save a huge number of innovations created in the last few years. And government and industry need to reach out to support them through funding and business opportunities.”

Padmaja Ruparel, President of IAN and Co-Chair of FICCI Startup Committee, said investors must play an important role to provide the Indian startups funding, mentoring, and handholding support to stay afloat and come out at the other end of this crisis.