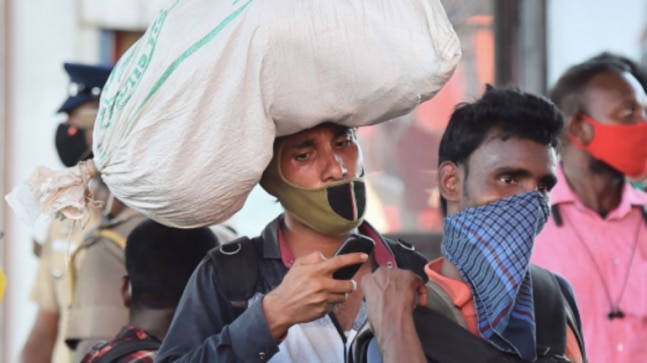 While the World Bank India director did not comment on the labour laws changed by some state governments to kickstart the economy, he said the correlation between central and state-level labour laws are important to help labourers, most of whom are migrants.

Migrant labourers walk to board a special train at Chennai Central Railway Station to reach their native places in Bihar. (Photo: PTI/Representational image)

Days after some Indian states introduced slight changes to labour laws in a bid to revive the economy, the World Bank’s India director said it is important that labour policies of the Centre and states meet and help labourers work in better conditions.

Commenting on the recent changes in labour laws, World Bank’s India country director Junaid Kamal Ahmad said, “ There were changes at the state level and there have been changes at the national level. I think it is very important that the two much meet.”

“Centre, state laws must strengthen the ability of labourers to work in the labour market in India.”

While Ahmad did not comment specifically on the labour laws changed by some state governments to kickstart the economy, he said the correlation between central and state-level labour laws are important to help labourers, most of whom are migrants.

Several states in India have amended some labour laws pertaining to wages and working hours to help in the recovery of the virus-hit industry after a seven-week lockdown.

However, it has not gone down well with the International Labour Organisation (ILO) which said such amendments should emanate from tripartite consultations involving the government, the workers’ and the employers’ organisations.

ILO said that it is absolutely necessary to remain compliant with international labour standards.

Besides labour laws, World Bank’s Ahmad also spoke about India’s relief package, which he said was a push in the right direction and went on to add that India’s tactical infusion of stimulus is the right way to proceed amid high uncertainty.

He said the government may need to pump in more stimulus if there is a crisis after reopening the economy and added that India’s strategy to focus on healthcare expenditure, strengthening social protection system and supporting MSMEs is the right strategy.

“We now have to see how these programs will be implemented,” he said.