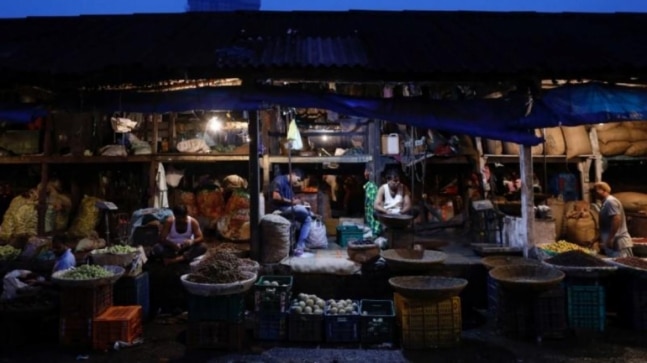 Prices in the wholesale market fell for the third straight month, declining 1.81 per cent in June, due to sharp decline in fuel and power items even as food articles remained expensive.

“The annual rate of inflation, based on monthly Wholesale Price Index (WPI), stood at (-1.81 per cent) (provisional) for the month of June, 2020 as compared to 2.02 per cent during the corresponding month of the previous year,” the industry ministry said in a statement on Tuesday.

However, prices of food articles hardened with inflation at 2.04 per cent, as against 1.13 per cent in May.

Manufactured products witnessed inflation of 0.08 per cent in June, against (-) 0.42 per cent in May.

Data released on Monday showed retail inflation as measured by consumer price index (CPI) increased to 6.09 per cent in June, which is higher than RBI’s tolerance level.

ICRA Principal Economist Aditi Nayar said the extent of the disinflation in the WPI narrowed sharply in June 2020, with all the major sectors except minerals displaying a sequential uptick in their year-on-year inflation.

“The divergence between the food inflation at the wholesale and retail level narrowed considerably while remaining substantial in June 2020, pointing to the continued varied dynamics driving food prices as the country emerges from the lockdown,” Nayar said.

With vegetable prices rising sharply in the recent weeks, she noted that the uptick in wholesale food inflation may continue in July 2020.

She said higher vegetable prices and a stabilisation of crude oil prices at moderate levels are expected to contribute toward a further narrowing of the disinflation in the WPI in July 2020.

The Reserve Bank of India (RBI) takes into account retail inflation while formulating monetary policy. The monetary policy framework of the RBI targets to keep inflation at 4 per cent (+/-2 per cent).

To boost economic activity, the RBI has cut interest rates by 250 basis points since February 2019.

RBI Governor Shaktikanta Das had last week said “the Indian economy has started showing signs of getting back to normalcy in response to the staggered easing of restrictions.

“It is, however, still uncertain when supply chains will be restored fully; how long will it take for demand conditions to normalise; and what kind of durable effects the pandemic will leave behind on our potential growth”.