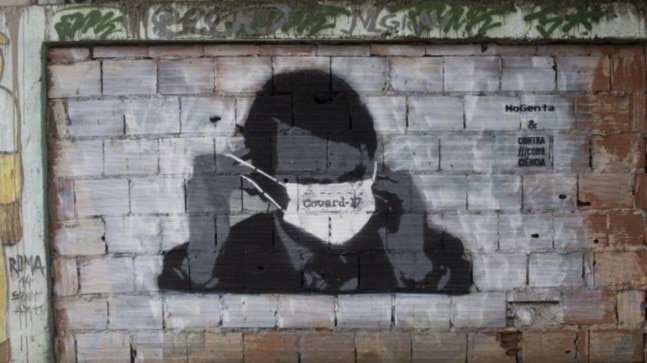 More than 60 U.N. agencies and international organizations urged governments on Thursday to take immediate steps to address the unfolding global recession and financial crisis wrought by the coronavirus pandemic, especially in the world’s poorest countries.

The UN-led Inter-Agency Task Force on Financing for Development said: “Billions of people live in countries teetering on the brink of economic collapse due to the explosive mix of financial shocks fueled by the COVID-19 pandemic, heavy debt obligations and declining official development assistance.”

In response to the crisis, global financial markets have witnessed heavy losses and intense volatility over the last month, it said, and investors have moved around $90 billion out of emerging markets — the largest outflow ever recorded.

In a 207-page report, the task force said that before COVID-19, one in five countries — home to billions of people living in poverty — were likely to see incomes stagnate or decline in 2020, and the pandemic is now likely to affect billions more.

“The economic and financial shocks associated with COVID-19 — such as disruptions to industrial production, falling commodity prices, financial market volatility, and rising insecurity — are derailing the already tepid economic growth and compounding heightened risks from other factors,” the report said. “These include the retreat from multilateralism, a discontent and distrust of globalization, heightened risk of debt distress, and more frequent and severe climate shocks.”

To prevent a debt crisis, task force members called for an immediate suspension of debt payments by the least developed countries and low-income countries that make requests.

U.N. Deputy Secretary-General Amina Mohammed said in a video statement helping to launch the report that “COVID-19 is a first of its kind global development emergency, and all countries must rise to the challenge.”

She said Secretary-General Antonio Guterres has called for a fiscal package in the magnitude of 10% of global GDP to help vulnerable and developing countries.

“That means, for example, the Japan stimulus of 20% of GDP and the U.S. stimulus of 13% of GDP,” she said, stressing that “a significant part of this package needs to focus on the same fiscal opportunities to the most vulnerable countries.”

Mohamed said banks must also help the neediest by rolling over debt to small and medium-sized businesses and cash-strapped individuals.

“This must also include incentives to keep jobs and that also promote trade by eliminating barriers and restrictions that affect supply chains to those whose lives depend on them,” she said.

The task force report said the COVID-19 outbreak, with its lockdowns and physical distancing, has put the importance of having access to digital technologies front and center.

Digital communication tools have helped sustain interaction and continuity in vital economic and educational activities, it said. However, over 46% of the world’s population has no access to the internet and access to digital technologies remains highly unequal within and between countries.

“Only a collective response, inspired by shared responsibility and solidarity, will suffice to address the unprecedented challenges of the COVID-19 pandemic,” said task force chair Liu Zhenmin, the undersecretary-general for economic and social affairs.