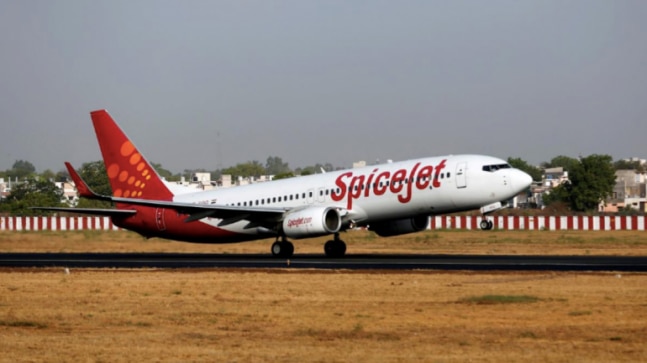 Two lessors to Indian carrier SpiceJet Ltd are in talks to terminate contracts and repossess planes via mutually agreed deals with the airline over missed payments, according to two sources directly involved in the discussions.

One of the leasing companies started to pull out a few planes earlier this year after SpiceJet failed to pay maintenance fees due since late last year and lease rentals since last month, said one source, adding that talks were continuing over other jets.

The second lessor began discussions, which are ongoing, last month just as the coronavirus pandemic started crippling the airline industry, according to the second source.

About 10 planes in total have been or could be repossessed, with leases terminated with the airline’s agreement, according to the sources, who declined to be named due to the sensitivity of the matter.

A SpiceJet spokesman described queries related to the discussions with lessors as “speculative, misleading and baseless”.

“We share excellent relationships with all our partners and lessors and our agreements with them are confidential,” he added.

“Our fleet structure and exits have been planned exits at our option to cater to the demand requirements,” he said, adding SpiceJet was taking various steps to re-align its operations with current travel restrictions worldwide.

The carrier did not comment on specific queries about dues owed to lessors or delays in making payments.

SpiceJet is not alone in wrestling with the impact of the coronavirus crisis, which has seen airlines worldwide seeking delays in rent and deliveries or state help. Estimated global airline losses from the coronavirus pandemic have climbed to $314 billion, trade body IATA said last week.

Avolon, a leading global lessor, said this month it had received requests from more than 80 per cent of its customers for relief from payment obligations.

The two sources said the lease talks were instigated by the lessors but early termination deals would be mutually agreed with SpiceJet.

The second leasing company is in talks with the carrier to repossess a handful of Boeing 737 planes, also citing delayed payments, said the second source.

SpiceJet had a 119-strong fleet at the end of 2019. Its two-dozen lessors include Carlyle Aviation Partners, Aircastle and Avolon, according to industry data provider Cirium.

Carlyle and Avolon declined to comment, while there was no response from Aircastle.

SpiceJet’s challenges in the pandemic crisis come on the heels of a rapid expansion early last year, when it took on around 30 leased planes from bankrupt Jet Airways and became India’s second-largest airline by market share.

India’s fast-growing airline market is also one of the most competitive. Weak economic growth over the past year hurt airlines even before the coronavirus outbreak led to a ban on commercial passenger flights until at least May 3.

Airlines including SpiceJet’s bigger rival IndiGo and state-run Air India, have idled over 650 planes. India is working on an aviation rescue package for all airlines that could be worth as much as $1.6 billion.