Smaller Indo-US trade deal to be inked in coming weeks, says Indian envoy to US 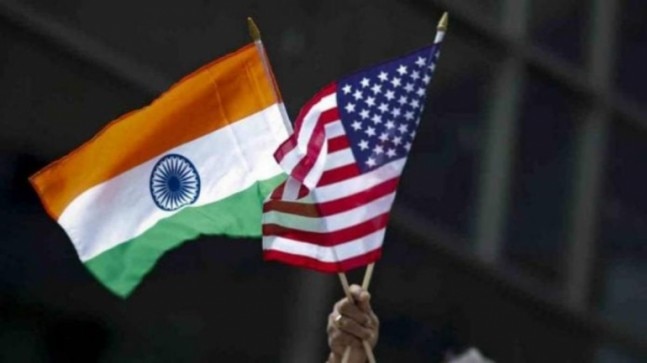 The much elusive mini trade deal that was supposed to be signed during US President Donald Trump’s visit to India will be signed in the coming few weeks.

Indian ambassador to the US Taranjit Singh Sandhu confirmed that the two sides are on the verge of clinching a “smaller trade deal” very soon.

Speaking at the virtual West Coast Summit from Washington DC, the Indian envoy said, “I continue to be very optimistic about the trade deal. The pandemic is a setback. But nevertheless, both the trade sides have been in touch. The top leadership has also been talking about it and I feel that perhaps in the coming few weeks we should be able to strike a smaller trade deal.”

“The understanding between our leadership was that we will go in for a smaller one [trade deal] and then immediately start negotiations on the larger trade deal… It will be a win-win situation for both sides and it will help in the overall confidence building because, during this particular phase, the US and India have been reliable partners during this crisis, particularly in supply chains in the pharma sector. Keeping in mind our domestic demands, we have ensured that we supplied the medicines and at the same price. That has had an impact and given confidence [to the US] and it will be an important foundation for the smaller trade deal to be announced soon enough,” he said.

This comes at a time when lawmakers are suggesting alternatives to the Chinese global supply chain. US Congressman Ted Yoho in an interview to India Today TV had said, “There is a danger of the supply chains being there (China) obviously and that’s why we have talked to your ambassadors about moving supply chains to India and other like-minded allies of ours that have the same philosophy in life.”

Ted Yoho added that there was a need to put more economic pressure on China, in addition to cutting off the supply chain that Beijing is a critical part of, be it rare earth metals or vitamins and minerals that go into livestock feed to the APIs.

“There is a rapid movement to remove APIs and manufacturing out of China to trusted allies like India or to bring them back home domestically. All that is going to be economic pain on Xi Jinping and the communist party,” said the US lawmaker.

India has been working to strengthen the ‘Make In India’ platform in order to invite investments into India. Ambassador Sandhu, during his interaction, emphasised that one of the key priority areas for him would be to get Americans to look at India as an investment destination.

“We want to ensure that FDIs rightfully come to India and are glitches are removed and we become an important investment destination for US companies,” said the Indian envoy.

For India, a major issue has been US visa policies that could have an adverse impact on Indians employed in America. Making a point on the importance of the Indian workforce in the US, Ambassador Sandhu enumerated this as one of the top items on his agenda when he said, “US-India partnership is important but it is still the tip of the iceberg. There is a long way to go. In the immediate sense, my top priority is related to visa issues and in that the Indian Americans in the United States, whether it is the health sector, IT, or other innovative sectors, they have brought value addition to the United States of America.”

He added, “I am confident that whatever the political challenges, this collaboration will continue. In the post-Covid scenario, the economic relationship will undergo some changes and new methodologies of cooperation will come through. Nevertheless, my priority is to convince the American side that it is a win-win situation.”