Reliance Industries shares rise over 2% ahead of 43rd AGM 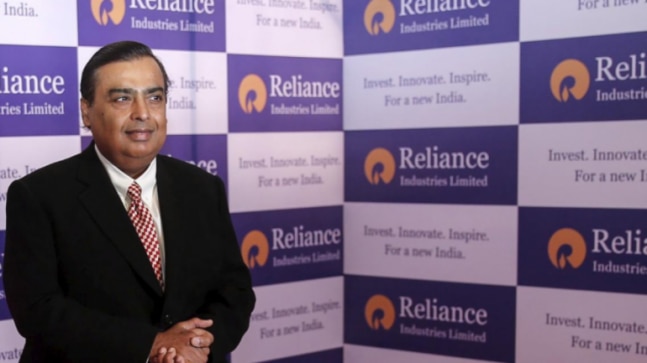 India’s most valuable stock surged over 1 per cent in morning trade and has been climbing steadily as investors gear up for announcements in the AGM. At around 11:40 am, RIL shares were trading higher by 2.87 per cent.

Shares of Reliance Industries Limited rose by over two per cent ahead of the company’s 43rd Annual General Meeting (AGM).

India’s most valuable stock surged over 1 per cent in morning trade and has been climbing steadily as investors gear up for announcements in the AGM. At around 11:40 am, RIL shares were trading higher by 2.87 per cent.

According to a report published in Bloomberg, Alphabet’s Google is in advanced talks to invest $4 billion in Jio Platforms. While there has been no confirmation on this by Reliance yet, an announcement during the AGM may be on cards.

Besides, RIL Chairman Mukesh Ambani is likely to speak on the future roadmap after the company successfully managed to become net-debt free after a few weeks of aggressive capital-raising.

The success of Reliance’s rights issue is also expected to feature in Ambani’s address to the company’s shareholders.

However, all eyes will be on any announcements regarding Jio Platforms, the digital arm of RIL.

The company has already made its idea of transformation clear: To become a leading technology-first consumer-oriented company from just an energy and power company.

There are chances that Ambani will disclose further plans related to Jio Platforms. The AGM will begin at 2 pm through video conferencing.