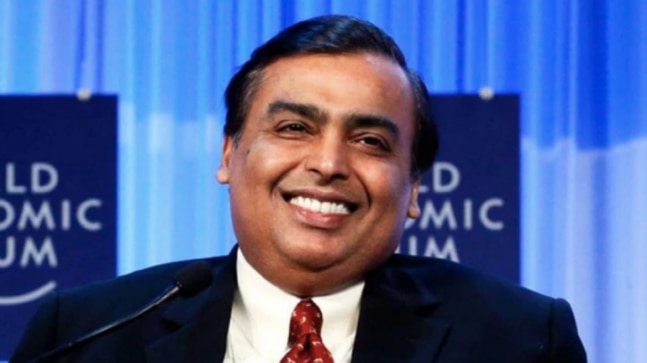 The 43rd Annual General Meeting (AGM) of Reliance Industries Limited (RIL) will be held shortly and the company’s chairman Mukesh Ambani is expected to make a series of major announcements.

Ambani is also expected touch upon the company’s digital business at length and how the company plans to integrate it to make the experience more consumer-friendly.

1:50 pm: The 43rd Reliance AGM will start in 10 minutes. A host of new announcements are being predicted as Reliance widens its energy-to-oil business and ventures into consumer retail.

1:45 pm: Mukesh Ambani is now the eighth richest man in the world, according to Bloomberg Billionaires Index (BBI). His net valuation on the BBI is higher than Google founders and Tesla’s Elon Musk.

1:40 pm: Reliance shares trading over 2 per cent ahead of RIL’s 43rd AGM. Investors have huge expectations from the AGM on the back of the company’s aggressive focus to raise capital and strengthen its digital business, Jio Platforms. The fact that Ambani has promised to make Jio a public company in future will be on the minds of investors and some roadmap related to Jio can be announced by the RIL boss.

1:35 pm: The Reliance AGM will be held virtually for the first time ever on Wednesday. This is Reliance’s 43rd AGM. Like every year, Mukesh Ambani will address the company’s shareholders and announce fresh roadmaps and goals the company has planned after successfully became a zero net debt company before the deadline.