Man on a mission: How Mukesh Ambani is charting Reliance’s zero-debt journey 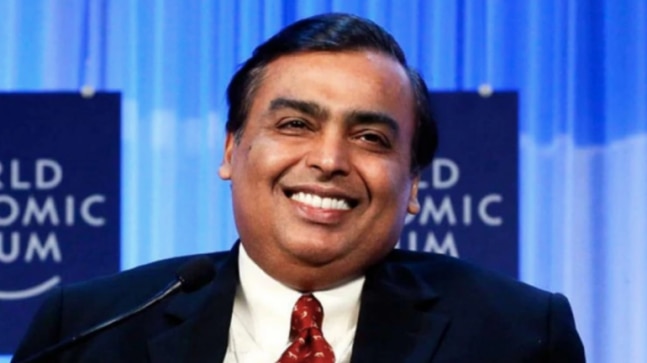 Reliance Industries Limited (RIL) boss Mukesh Ambani has been a busy man ever since he announced plans to make RIL a “zero-debt” company by March 2021.

And the developments over the past few weeks shows that Ambani’s company is racing towards achieving the same by the end of this calendar year.

Though coronavirus pandemic has made the zero-debt plan a steeper challenge, Ambani seems undeterred as RIL ropes in one deal after the other to minimise its liabilities.

American investment firm General Atlantic was the latest to invest in RIL’s wholly-owned subsidiary, Jio Platforms, which is the digital wing of Reliance’s businesses.

“With this investment, Jio Platforms has raised RTs 67,194.75 crores from leading technology investors including Facebook, Silver Lake, Vista Equity Partners and General Atlantic in less than four weeks,” said a media release sent by Reliance on May 17.

Besides that, the mega Rs 53,125 crore rights issue is also part of the plan to make RIL a zero-debt company by the deadline. The rights issue will be open for subscription on May 20 and it will close on June 3.

As part of the rights issue plan, Reliance shareholders will be able to buy a new share for 15 held for at Rs 1,257 each at a discount.

Of the total share price, 25 per cent has to be paid at the time of subscription, while the rest will be collected in two tranches in May 2021 and November 2021 respectively, the company said in a regulatory filing.

It may be noted that this is India’s first rights issue by a firm in nearly three decades and shows that Reliance Is aggressively exploring options to become a zero-debt company.

A Business Today report suggested that the rights issue and the Rs 7,000 crore invest of BP Plc in a fuel retailing joint venture will help the company achieve its target.

Another plan that is expected to help RIL become debt-free is the 20 per cent stake sale in its oil-to-chemical (O2C) business to Saudi Aramco.

The Aramco deal, which is currently undergoing due diligence, is on track despite disruptions in the global oil market due to coronavirus, Reliance clarified.

The ‘Zero-debt’ plan and beyond

But what triggered the company to reduce its debt so aggressively? Existing debt. A Quartz report suggests that in the five years leading up to 2019, Reliance had freed its arms in matters of investment.

During the period, Reliance had pumped in Rs 5.4 lakh crore into various businesses and spent a bulk of it on positioning Reliance Jio. Almost Rs 3.5 lakh of that was spent on Reliance Jio, especially on the year-long freebies for its customers.

It was after Reliance’s net debt had crossed over three lakh crore that Ambani announced plans to make RIL a zero-debt company. Experts have also praised Reliance for addressing the concerns of investors.

The company’s net debt now stands at almost 1.61 lakh crore at present and RIL’s Chief Financial Officer V Srikanth says the company will be debt-free by the end of this calendar year.

However, Reliance’s plans are not just instruments for clearing debt, said experts, who added that the company has now opened up to a host of global investors.

For instance, the tie-up with Facebook may help accelerate the process of digitising Reliance’s retail businesses.

Reports suggest that Ambani’s Reliance is looking for more potential investors, who will not only help in bringing down the company’s debt but also offer technological advances that can be integrated for better monetisation.

Therefore, it is safe to say that the company’s ‘zero-debt’ strategy, involving leading technology companies is part of a larger plan in progress — a technology-first vision that allows the company to expand in future.