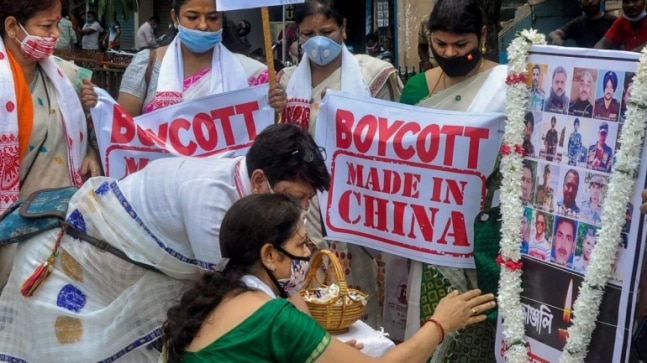 Make in India is not just a slogan anymore, it has become an e-commerce site filter. In a significant move, the government has introduced special filters on government procurement portal Government e-Marketplace (GeM) that would inform the buyer what’s made in India, what is not, as well as the percentage of local content in each listed product. The filter may soon be introduced on private e-commerce websites like Amazon and Flipkart as well.

The GeM has issued orders that it is now mandatory for all sellers to mention the ‘Country of Origin’ while registering new products. In the case of products that have already been uploaded, relevant sellers have been asked to update the country of origin entry. If they fail to do so, they would be evicted from the crucial government procurement portal.

This is not all. Buyers can pick products that fit the minimum 50 per cent local content criteria.

The department and government entities, who place the bids below Rs 200 crore value on the GeM, would be empowered to give preferential treatment to Class I suppliers. And these bids may be open only for the two categories of suppliers.

The stated purpose of the move by the government is to promote PM Modi’s pet Atmanirbhar Bharat Abhiyan. But the Make in India filter will also help buyers make a learned choice.

With the public sentiment clearly against China due to the border standoff, the filter may create a psychological deterrent against the purchase of Chinese goods and motivate buyers to pick made in India products

The GeM portal was launched four years ago for the purchase of products and services ranging from office stationery to official vehicles online by all the central and state departments and ministries, central public sector enterprises (CPSEs) and central paramilitary forces (CPMFs).

The GeM was launched as a single window to an entire range of products and sellers competing to improve cost-effectiveness, efficiency and transparent procurement. The government said that the platform, during the last three months, has helped state governments, departments and public enterprises to procure a lot of products needed to battle Covid-19.

The GeM had also opened the government procurement process for the smaller local players.

A top source in the Ministry of Commerce and Industry said that the Make in India filter on the GeM site is just step one. Soon, e-commerce platforms like Amazon and Flipkart, which have 70 per cent of their listed items originating from China, may also be asked to create such filters, the ministry source said. The Department for Promotion of Industry and Internal Trade (DPIIT) is likely to meet representatives of the e-comm sites soon to discuss this.

For the last two years, there has been a strong demand that products on e-commerce platforms should display the Made in India label. But now the government is under intense pressure. Following the martyrdom of 20 Indian soldiers in the Galwan sector organisations like the Swadeshi Jagran Manch, an RSS affiliate, has been demanding decisive moves against Chinese goods.

Speaking to India Today TV on Tuesday, convenor of Swadeshi Jagran Manch Ashwini Mahajan said, “The Swadeshi Jagran Manch welcomes the decision by Ministry of Commerce and Industry. Under Rule 153(3) of General Financial Rules of Government of India, framed in 2017, the government departments were mandated to purchase only Make in India products. Since sellers weren’t mentioning the country of origin, rules were not being followed.”