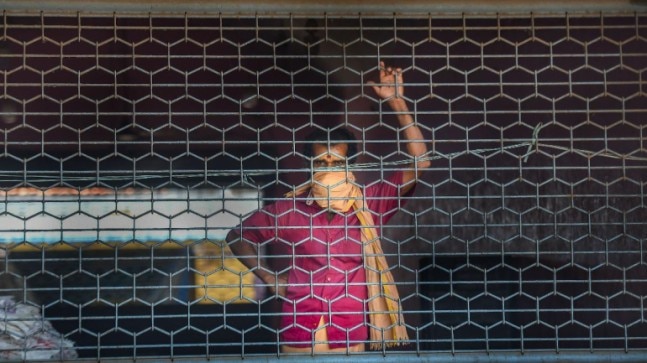 The global economy is staring at an unprecedented crisis in the form of the aftermath of the novel coronavirus outbreak. While governments across the world are taking steps to revive businesses and re-assure consumers, India is gearing up to lift the lockdown and stride in the direction of normalcy. Multiple steps have been taken by the Centre, state governments and the Reserve Bank of India (RBI) to help industry and commerce get back on its feet after a 40-day nationwide lockdown intended to curb the spread of infection.

As part of the E-Conclave Jump Start Series, industry leaders spoke to India Today’s Rahul Kanwal about the challenges their respective sectors face and what is the need of the hour to revive the Indian economy.

He also pointed out that companies based out of tier-2 cities are bearing the brunt of this economic crisis and protecting livelihood should be on top of everyone’s agenda. Automation in the automobile sector as a result of the Covid-19 lockdown is not a long-term trend, work from home is.

“It will take 4-6 months for disposable income to come back,” Arvind Ltd’s Executive Director Kulin Lalbhai says on the question of discretionary spending in India. He further adds that manufacturers have taken to safe manufacturing but will be able to attain their capacity only when spending returns.

Lalbhai also says that upfront liquidity for certain sectors like retail is the need of the hour. “The government can also consider employment support for blue-collar retail employees,” Lalbhai says. The Chairman of one of India’s largest garments supply chain, Kulin also says that omnichannel commerce which would include traditional retail and e-commerce is the way to survive in a post-COVID world.

Arjun Sharma, Chairman of the Select Group tells India Today that malls can do more to implement social distancing measures than traditional shopping centres. “If you have a proper air filtration system, the inflow of the virus can be blocked,” Sharma says. He adds that retailers dependent on imports will take longer to revive than those working with domestic manufacturers.

“If we don’t find a solution to this problem within the next 30 days, there will be social unrest.”If Bangladesh can give sectors a bailout, why can’t we?” Sharma asks.

Managing Director (MD) and Chief Executive Officer (CEO) of the Indian Hotels Company Ltd, Puneet Chhatwal says that the hospitality sector is the worst hit after the aviation sector. “We will have a post-corona phase and a post-vaccine phase,” Chhatwal says. He further adds that there will be a change in consumer attitude, behaviour and consumption.

For the sector, Chhatwal says a twelve-month moratorium and some support by state governments on electricity charges apart from excise tax could help the hospitality sector a great deal.

“As a young company, this unprecedented situation has put a lot of pressure on us,” says Urban Clap co-founder Varun Khaitan. He adds that the government should encourage traditional industries to partner with e-commerce.

Khaitan goes further to say that start-ups in their early stages are facing the brunt of this crisis than those that have attained a mature phase. He also says that start-ups and e-commerce companies are taking proactive measures to safeguard customers and employees with the introduction of contactless service and contactless payment options.

Chandrajit Banerjee, Director General of the Confederation of Indian Industry (CII) tells India Today that the lockdown can be lifted with 100 per cent of the supply chain and not 95 per cent of the supply chain. He also says that the government should clearly define green, orange and red zones. “We need a strong, well-drafted fiscal package for self-employed workers and MSMEs,” Banerjee says.

He also says that the government should consider doing away with GST for some time since there is no production at the moment.