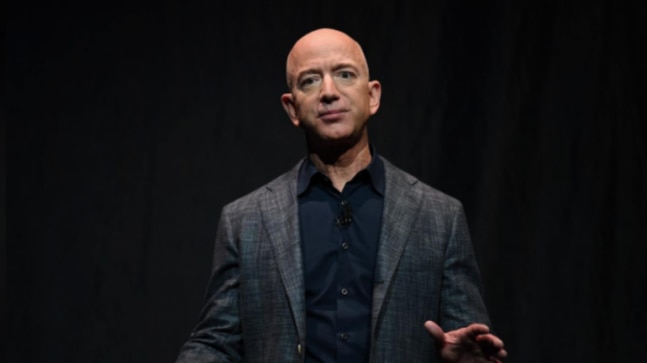 The net worth of the world’s richest man Jeff Bezos, owner of e-commerce giant Amazon, has touched a new high of $171.6 billion, topping the previous high of $167.7 billion recorded on September 4, 2018, according to the Bloomberg Billionaire Index.

Bezos’s net worth has touched a new high even after he gave up a quarter of his stake in Amazon.com Inc as part of a divorce settlement. According to the report published in Bloomberg, shares of Amazon surged 4.4 per cent to a record $2,878.70 on Wednesday.

The report added that Bezos gained $56.7 billion this year alone, underscoring the widening wealth gap in the US due to the economic downturn triggered by the coronavirus crisis.

While millions of people have lost their jobs in the US, Amazon has witnessed a sharp rise in its net worth due to initial public offerings and upbeat equity markets.

It may be noted that Jeff Bezos’s ex-wife Mackenzie Bezos, who acquired over 4 per cent stake in Amazon as part of the divorce settlement, saw her net worth increase to $56.9 billion and propelled to number 12 on the Bloomberg Billionaire Index.

She has now become the world’s second-richest woman and only trails L’Oreal heiress Françoise Bettencourt Meyers.

The sharp rise in the value of Amazon’s net worth comes at a time when consumers are shifting focus to e-commerce as more people are now shopping online from home. Bezos holds about 11 per cent of the Amazon stock, which comprises a bulk of his fortune.

It may be noted that the technology industry leaders have also gained big time due to shifting focus during the pandemic. Some of the big names that have gained in terms of net worth include Elon Mush, Tesla Inc CEO, who added nearly $26 billion to his fortune starting January 1.

However, not all billions have seen their fortunes rise this year. According to Bloomberg, Spain’s Amancio Ortega, the titan behind retail brand Zara, has lost a staggering $19.2 billion — the most anyone has lost among people listed on the Bloomberg Billionaire Index.

Overall, most of the billionaires have managed to weather the downturn and the collective net worth of the world’s 500 richest people now stand at $5.93 trillion, slightly more than $5.91 trillion at the beginning of the year.

Also Read | Amazon announces 20,000 jobs in India: Here is how you can apply